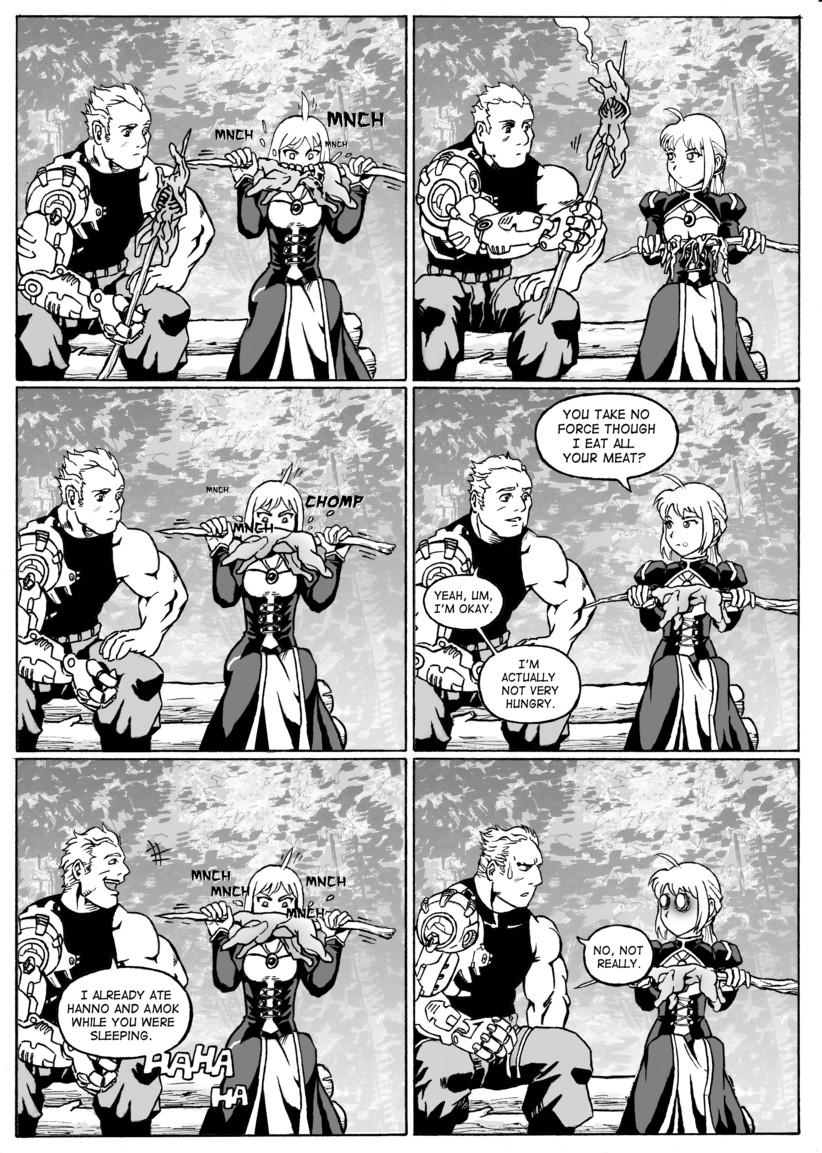 Nuada's back in form, saying stupid things. Ed started the trend first, but even in Nuada's source fiction he made terrible jokes. Though that was just because the show's writers were terrible.

Check out FIGHT Cast (the clickable banner above the comics page) for character profiles.

well, i have been patient for 3 years. it does seems that this wonderful comic has died of its good death. it would have been nice to have had a farewell page.

it was a lonely year

its the truth that you pencil pages? i will wait then

Hey you don't have to worry about that web ring again!!!

Hmm okay, I'll get rid of the manga web ring link on this comic as well. And here I thought I got a laziness problem preventing me from updating this comic... just so y'all know I'm actually penciling more pages on this comic... s'truth!

you got a publicity problem in your comics, both of them theres a publicity that force change the webpage to its own

I'm glad this comics back. I missed it so.

@JSP: Or better yet, panel 6 exactly as it is now, and panel 7 without text, otherwisse exactly the same. Well, almost exactly the same, you'd have to vary Nuada's expression to make the sequence seem natural, and the opportunities for hilarity that makes are nearly endless (burping, anyone? Or drooling? Or suddenly uncertain?) :-)

"Haha..yea seriousl I filled up on Hanno and got so full couldn't even look at Amok."

Ahahah, this is great :D

[quote]This is MUCH funnier than when I read it in the script[/quote] Reading 500 chapters of Kenichi helps. [quote]I almost wish that you had 1 more panel. The 6th panel having no text but staying the image it is already[/quote] Oh god, surely you jest. You should lose all respect for me if I actually did that. And her cowlick is wobbling because she's using her jaw muscles. See? It totally makes sense! [quote]I'm slightly in shock, though... you used to never want to cover up your art with lettering.[/quote] I cheated... I covered up only art that I was recycling, so ppl don't notice (as much) that it's recycled... [b]@ Corn:[/b] His arm was doing that but he freaked out.

Yeah I agree with JNP... These last couple of pages do have a dailies feel to them... Stupid? That's gold baybee! I agree, though... the show's writers were terrible. I think she ate the entrails... I'm slightly in shock, though... you used to never want to cover up your art with lettering.... good form.

He should have ate them and Megaman'd their powers like Chase did. :P

Wait... you totally made her bug antenna wobbling? I have now lost all respect for you!!!

HAHA I could totally see this becoming one of those little strip comics where the 2 sit in one spot and you make simple jokes each day XD I thought you said you were BAD at humor. This is MUCH funnier than when I read it in the script with how you drew it ^_^ Last panel equals WIN I almost wish that you had 1 more panel. The 6th panel having no text but staying the image it is already and the 7th where he says "No not really" :P