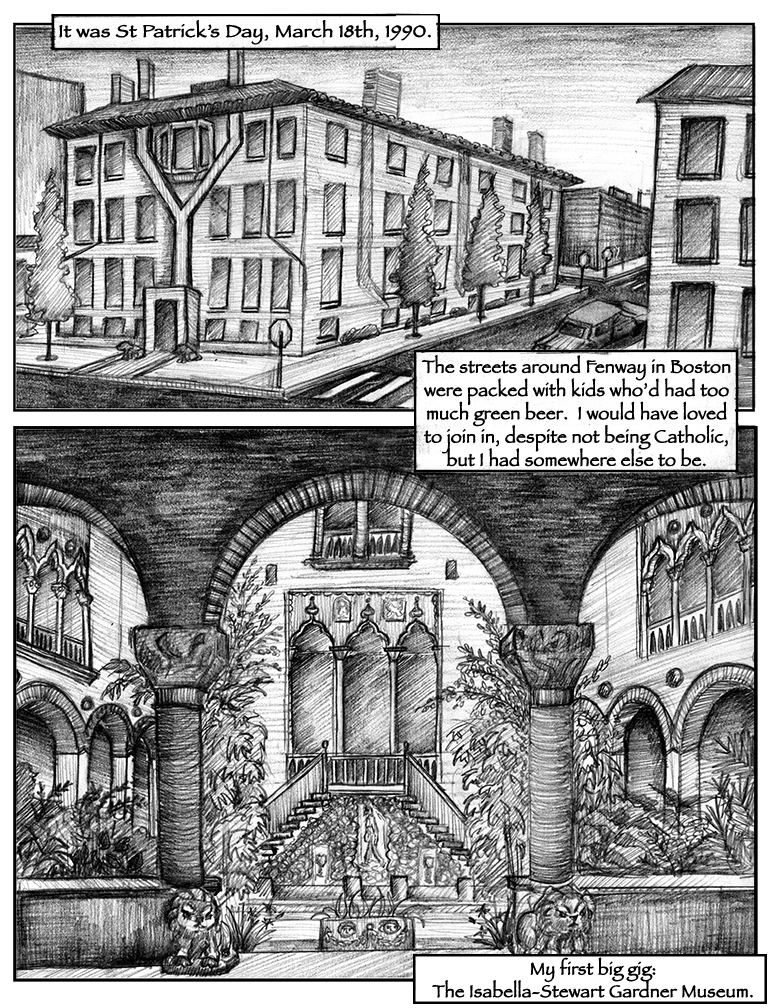 I am fully aware, following story-telling devices set by myself over a decade ago, that this page should be in color since it is a flashback. But my tablet is too old to sync with my current laptop, so… no color for you. Maybe later.

Did you know the St. Patrick's Feast Day was invented as a half-way point between Lent starting on Ash Wednesday and Easter? It was decided that on Feast Days you could forgo your Lent aspirations and do whatever while still being chaste and forgiven during this holy season, so they plopped one down in the middle to give people a break. That is also why it's SUCH a drinking party day, despite St Patrick himself having absolutely nothing to do with beer. True story. 100% fact-checked.

That is a lovely set of buildings. So much architecture!

It's also surprising to note how many of those stories end with "...and that was my first art crime."

Art crime is where it is at. Sophisticated ~and~ evil.

That bottom panel with the museum courtyard is just lovely. Wow. Okay, so the year may change, but it seems that all the best stories start with "It was St. Patrick's Day..."

Thank-you! And yeah, here's hoping this year's St Patty's Day goes better than last year! Last year the 18th was the day they closed all of the restaurants in our state. I think this year we'll see more adverts like, "Get your Irish Pandemic Shot, wink wink."