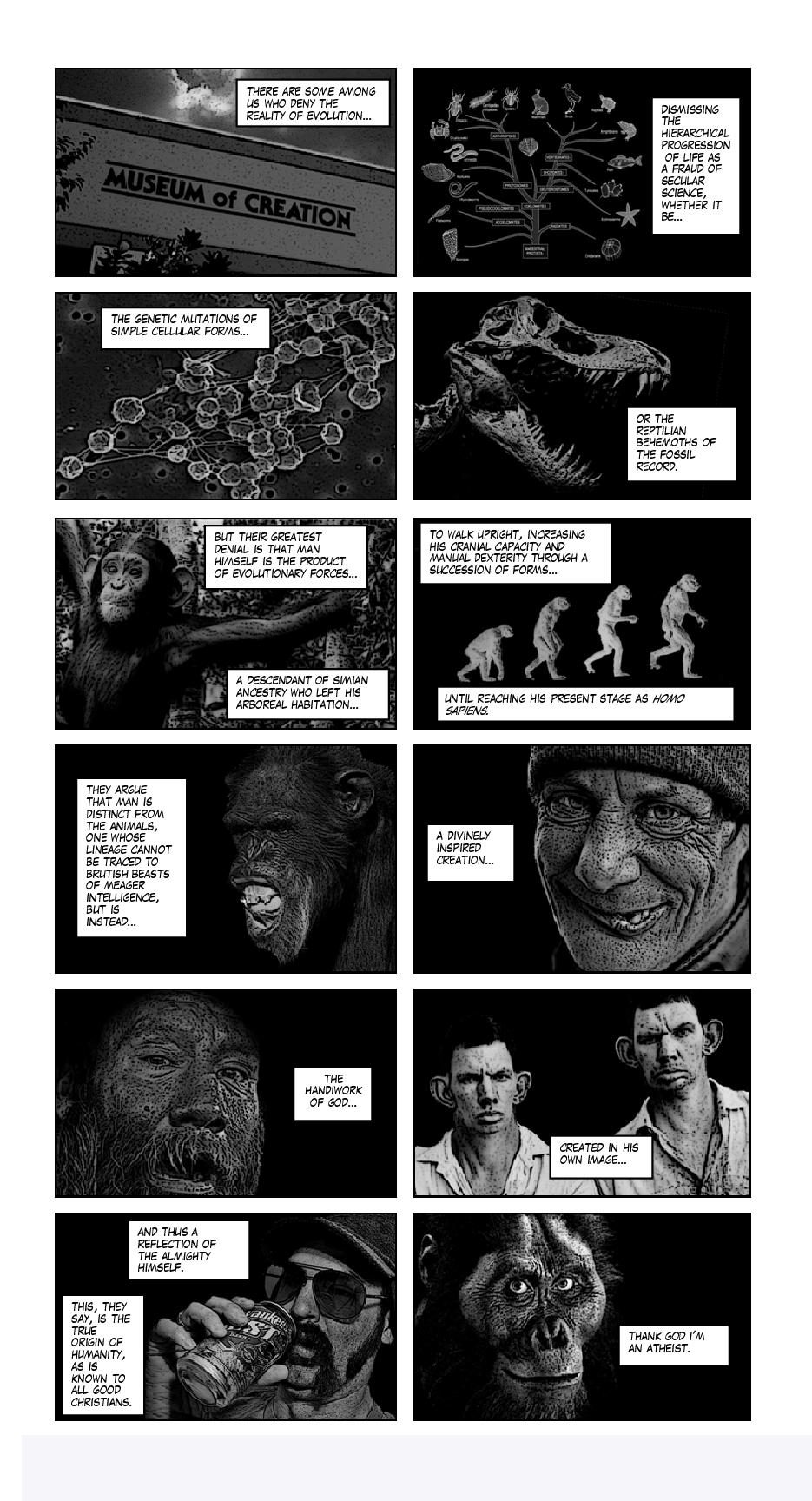 “If there was any race other than the human race, I'd go join it.”

Woo Atheism! One of my favorite -isms to follow.

I miss this comic. I hope you update again soon. J.

You do know that scientists have found out that neanderthols and the other so-called "primitive humans" were not really related to humans in any way, right? Just some funny facts for you to think about. Also, great page!

Yog has risen all praise Yog

Yog! You're back! I missed you and your unique world view! Yeah! I'm not an athiest, but I do believe that evolution is Gaia's way!!! Now, if I can just figure out how to get rid of all the undesireables...hee hee!

After seeing the clogged pores, cystic acne pock marks and frosty forty ouncers of God's "divine" creations I'm thinking about coming over to your side. Another inspired page, Yog!

Awesome! Very beautiful, and quite true, as always.

There's squirrels, I tried being a squirrel once, but it didn't work out. I never knew I was allergic to acorns before that day.