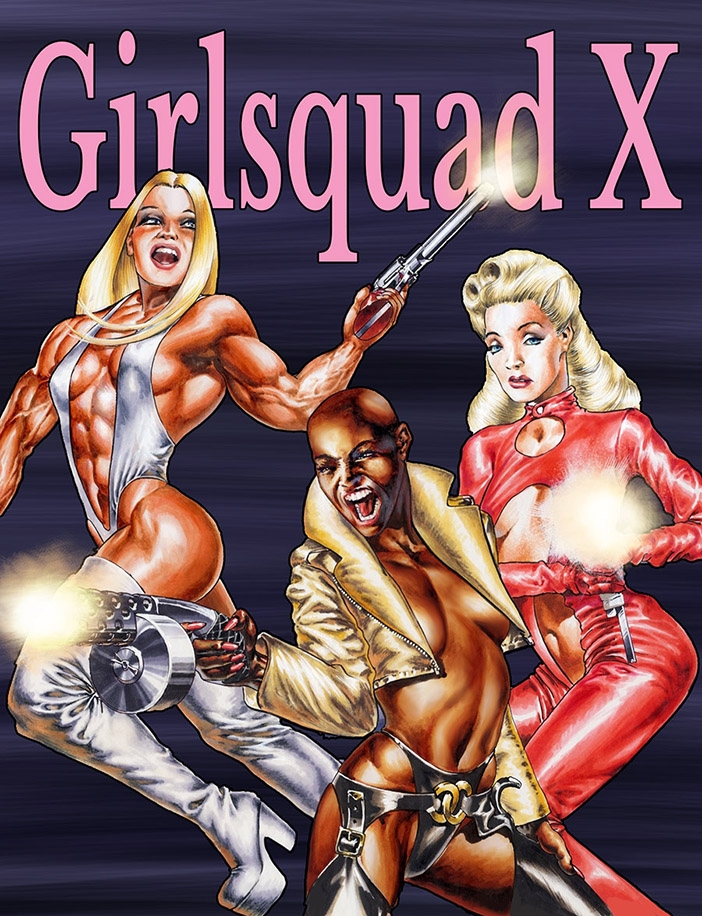 Girl Squad X was a two-issue printed comic that I drew and published in 1992. I am uploading scans of the original printed book here twenty-four years later, just for laughs. I make no apologies for the wildly inconsistent artwork, the opaque story-telling, or the laughably dated cultural references.
Cover page is pen and ink and felt markers

Very good comic, I love the quality of your art.

Thanks! I wish I could continue the Girlsquad X saga, but I will probably never have enough time to work on it again!

What a cool cover!

I see Joanie Laurer but which one is Kate Moss?

this look awesome. Crazy how the years go by so fast

@skyangel: they were (very) loosely based on Kate Moss, Naomi Campbell, and Marlene Dietrich.

No apologies please, I love seeing how an artist evolves with age and experience. I naturally landed on the latest page but already I can see I'm in for some really impressive art. The girl on the cover looks very familiar btw ;)