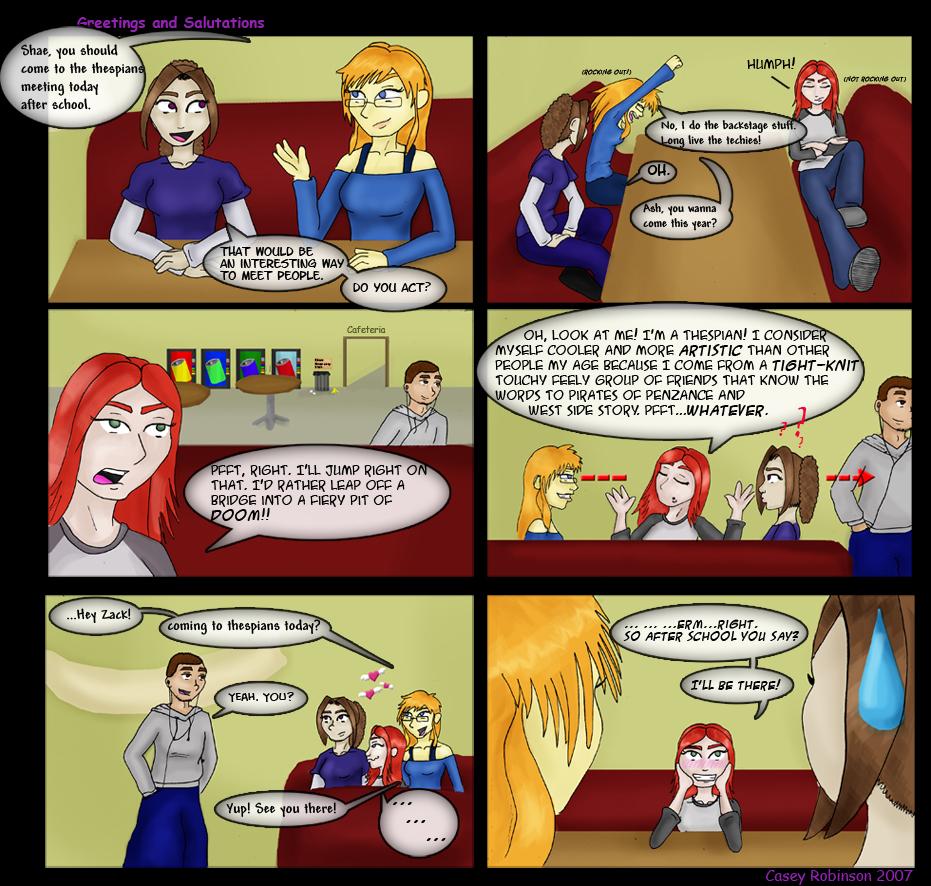 Ahhh…I had this great long dealie typed out answering various questions that had gathered throughout the past few months via comments (which are over one hundred now! W00t! Bees knees and such.) But my computer decided to have itself a laugh and exit out of explorer with no warning whatsoever right when I finished. Right. Questions.

Fenrir. I'm not exactly sure what he's doing in the comic, he kinda spawned on his own. But I like him! In my mind he has a very suave spanish accent. He looks like a raccoon because…he's part raccoon? Nah, I just can't draw cats. I'm not sure whether or not there are more animals like him (this isn't narnia afterall) it's kinda of one of those things that I'll figure out as I go.

The flash dealie didn't take me very long. Three or four periods total? Not long at all. I want to make one of those actual long flash movies. That totally would be awesome. I bet it would take awhile to do.

Now…before I press anything else…gotta copy so i can just paste if my compy decides to crap on me again.

very good, but you need to update

It's really funny! I love it!

that changed her mind quick heh

hey. blonde brunette and redhead. it's what i see when i look at matrix code :) nice comic

I miss high school so much!!!! It was all so simpleÃ¢â¬Â¦All that mattered was the way that I felt about Ivon (Cape Virdeian) translation (Evan) IÃ¢â¬â ¢d cut classes just to be with her and then there is always the way she ripped my heart out at the age 16 that was fun??? OPPPSÃ¢â¬Â¦.IÃ¢â¬â ¢m sorry to deepÃ¢â¬Â¦.TMIÃ¢â¬Â¦.SorryÃ¢â¬Â¦.I think need a hugÃ¢â¬Â¦LOL Seriously (NoÃ¢â¬Â¦wait Ã¢â¬Â¦. that memory still really hurts *sniff*) Great page anyway!!!! Byron

(Pretend the following line is being said in a sing-song-y tone of voice.) Someone's got a cruuu-ush! (You can proceed with hating me now.)