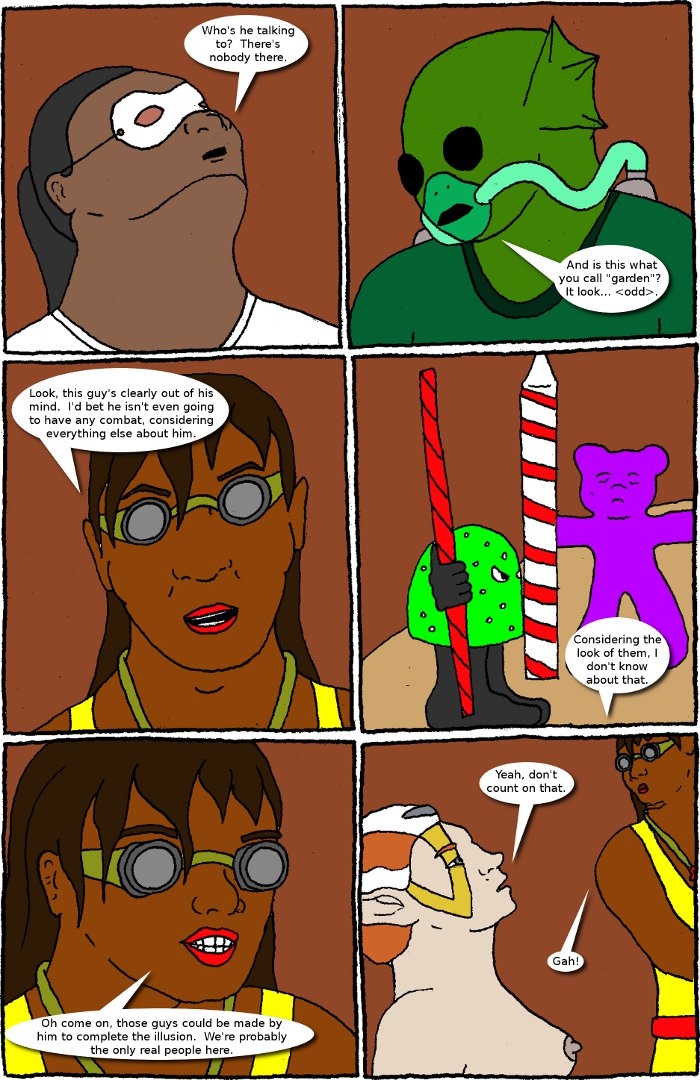 That's one angry-looking gumdrop.  Also, boob.  Yes, that's my first cameo for my Halloween Cameo Caper storyline this year.  She's from Rogues of Clwyd-Rhan and is simply called Brushhead (because of her hair).  I don't know her real name.  Why's she topless?  Well, the fairies of that comic are like classic fairies in that they don't see the point of clothing unless it's utilitarian.  Note Abui cameoing in my Cameo Caper storyline last year.

This is a part of Crossover Melee.  If you want to be involved, e-mail me at karamesser@hotmail.com or PQ me on this site.  This page is also part of the 2013 Halloween Cameo Caper.

Mmm... Tasty opponents, they can always eat them out if need be! :D *logs Brushhead and adds another beating to Shastab's score*