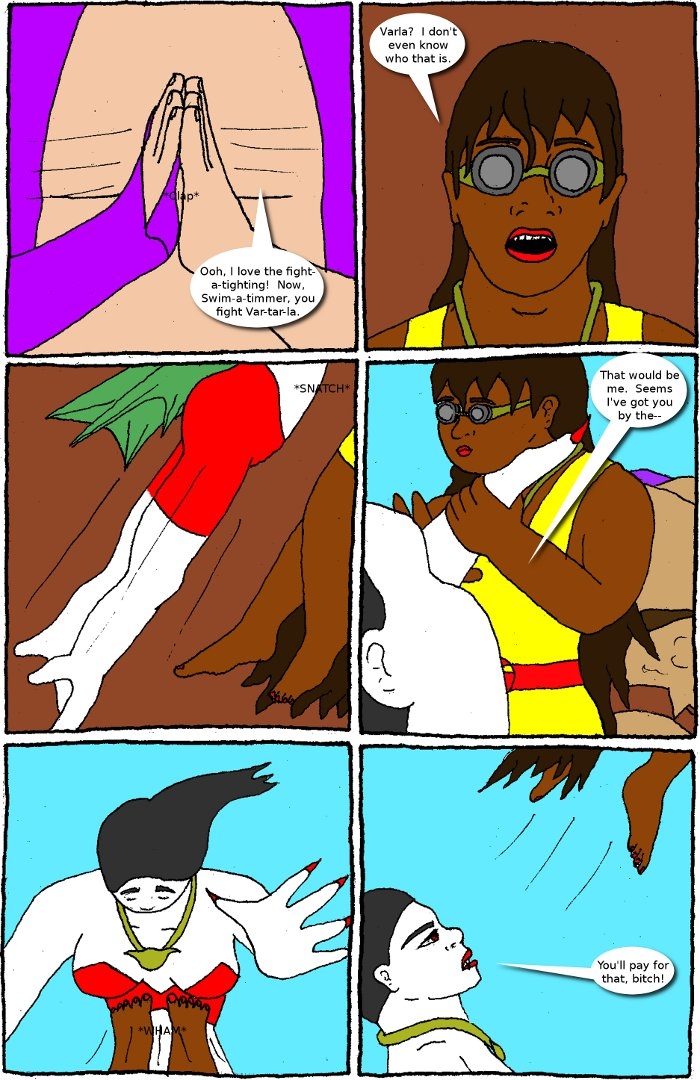 This one was fun to write, no matter how badly I drew it.  It's pretty fun to think of aerial battles.  But Varla is a vampire, and one in the old-school sense.  Sunlight doesn't hurt her and she looks more monstrous.  Hence the odd feet, white skin and wings (which I forgot to draw in panel 5, darn it).  Granted, she's not completely like the old tales, for she has fangs and looks still quite human, but I am influenced by modern parlance and also did what I felt would be most aesthetically appealing to me.  Why that equates to a lopsided hairdo, though, I don't know.