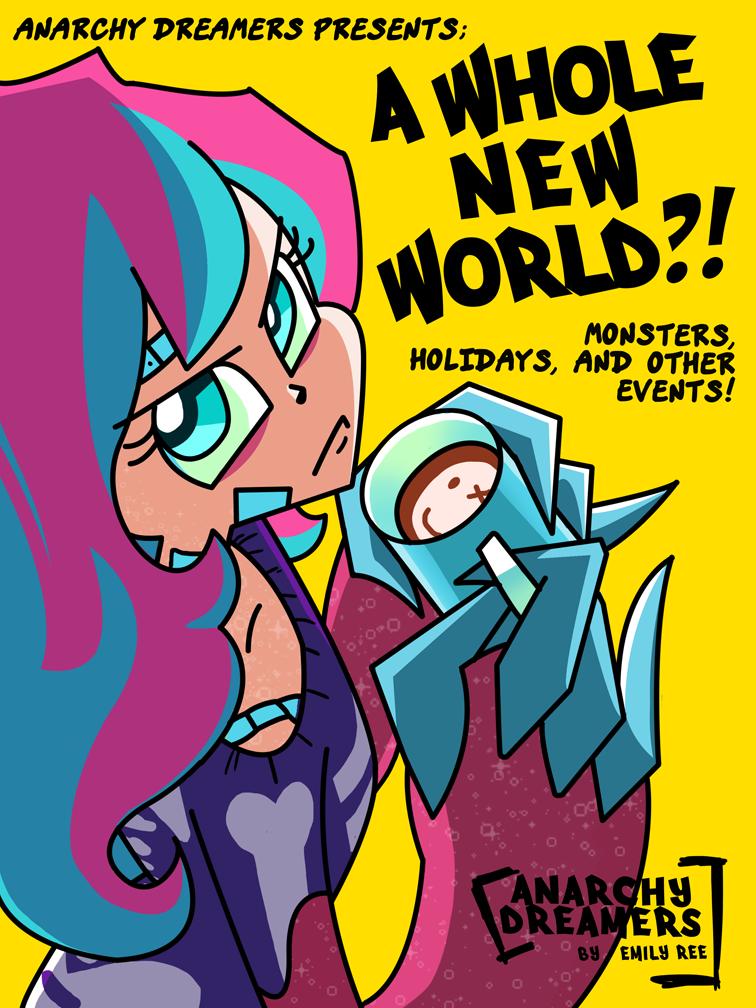 Hey guys, long time no see? ; )
I wanted to post about this MUCH earlier, but the drunkduck went down for a few weeks and the rest is history, haha~ Either way, I spent the summer working on my next webcomic project, Anarchy Dreamers!

Anarchy Dreamers is the continuation of Koji Takahashi set a few months later. Things are… somewhat different after all the time bullshit Koji pulled. Kids with reality-warping abilities who aren't sure if their reality is real or something they've constructed themselves. You'll see. It's a good story for those who are fans of urban fantasy, high school life, and stories that make you go “oh god WHAT” If you like GAINAX's projects, Homestuck, etc I think you'll like Dreamers. ; ) And obviously, if you like Koji Takahashi you'll like Anarchy Dreamers, because it's all the same people.

Right now, I'm just posting updates on my regular site, but I'll probably set up a site for it her on theduck once I get all the bugs worked out of the main site. >>;; Either way, Dreamers updates on Mondays and Thursdays. RIght now there's a lot of focus on Tabbi, but Koji shows up on the next page (aka Thursday's update.)

I can't express how much I appreciate the community here on drunkduck/theduck and all the support you all have given Koji Takahashi. I hope that the next instalment in this series lives up to your expectations and you enjoy it as well.