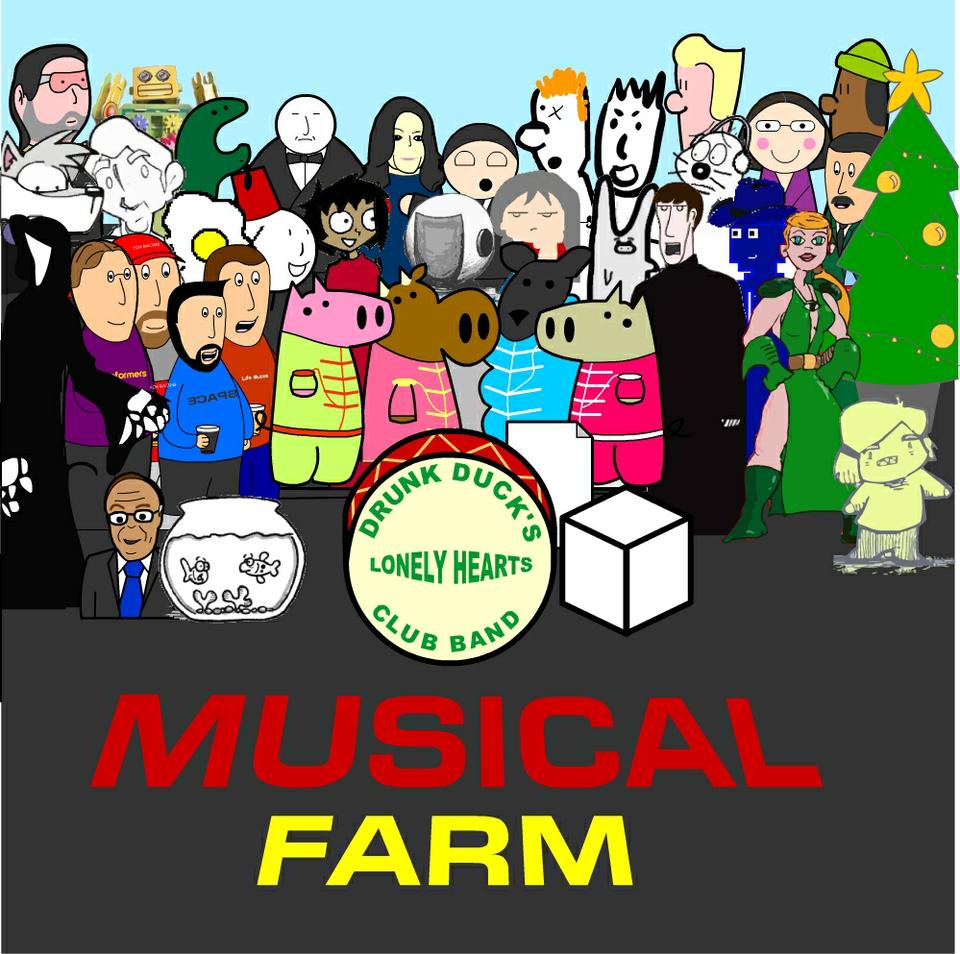 
Well, here it is, number FIFTY! This also coincides, more or less, with the one year anniversary of Musical Farm. IÃ¢â‚¬â„¢m hoping everyone will get the joke, I also hope that no one minds me using their original work in this comic. In my defence I did send everyone a private quack to ask permission, how many people actually got it/read it I have no idea.


And now a list of what I have ripped off!

Most of the back row are from comics of mine that never really made it and voting gifts!

You should vote for Musical Farm for being one year old today!

Thanks for reading all this time!

How in the "¤#¤D!Q did I miss this strip? :o Belated congratulations with the anniversary! *gets to work*

:D wooop! A year! Good stuff. :') heh who invited michael jackson in the back row, ey? heheh. oh, looks like my character is groping some guys shoulder XD

[B]CONGRATULATIONS!!![/b] Wish you [u]MANY[/u] more strips for this AWESOME comic!!!! PS 1: Thanks for inviting the fish! PS 2: I guess fish do hear, why would the whales sing otherwise.. tough whales are mammals.. Man, your question is tough!!!

I owe you so hard for putting Terry Wogan in there. Awesome-sauce!

sweet jebus you literally cut them out of comics and pasted them all together into one gigant high school graduating class picture... HAPPY 1 YEAR.

Amazingly awesome. Woo thanks fro throwing Eggy in there.His self esteem isn't what it used to be.

aww, the tears are truly welling up; this will have to be my desktop background for some time, daf! bitchin' as always, let's hope for 50 more *insert some other cheesy bullshit line* (rRh)

Heh...oh, by the way, I'm working on my other comic four blobs. Whistling is on Hiatus...I metnion this as you commented on my Whistling page about my laziness. Word, go read it! BTW I'm flattered. As is your commander and chief.

Oh Good Hildegard a chance to wear her fancy duds out. Thanks! Congrats 50. Nice to see Robot Chuck too. Gone not forgotten.

i put it in favs dude

love this dude. Horray for music and comics combined