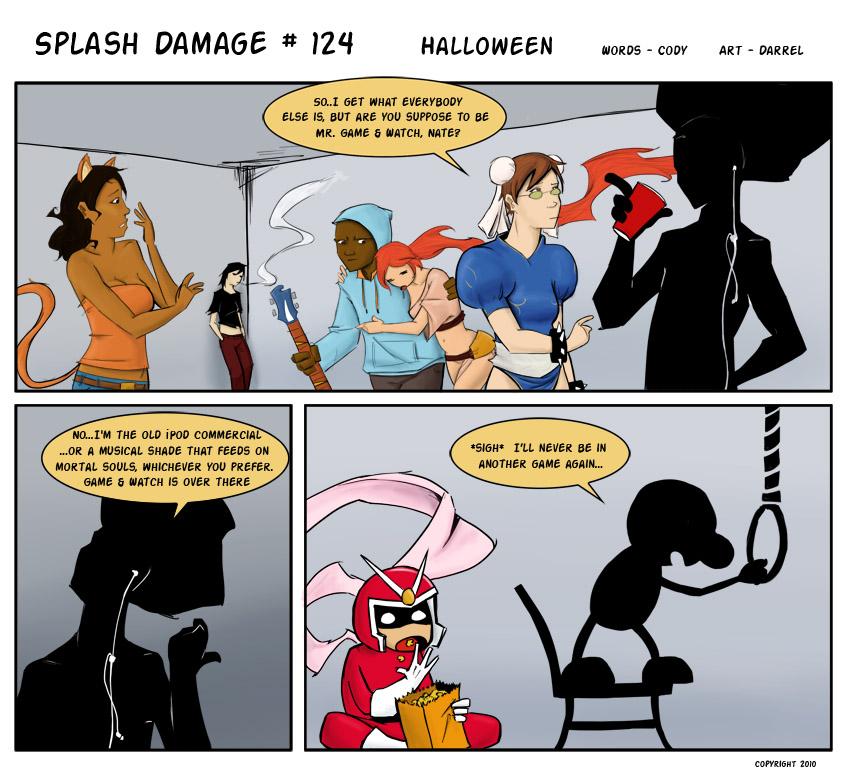 It occurred to me the second I zoomed out and looked at this comic that the characters shouldn't just be dressed as whoever, it's Halloween, they should be scary beyond reason. Something to think about next year?

Also, I'm going to do some experimentation. Probably switching to drawing and inking on paper before running the comic through photoshop from nowish on. Maybe you should look forward to that?

*UPDATE* seems like the site's downish. i'll still leave the dead image comic up for now, whatever, but I'll be on the lookout for if it needs reuploading later.

*UPDATE UPDATE* took two days for our comics to show up when hitting the my account button. Definitely annoyed with this site and this is seriously not the first time. Looking into making a site again (since that was the plan for last summer). Might go through tumblr if we can make a decent comic reading thing.

*UPDATEY UPDATEY UPDATE*
so since it seems like interest is down, I'm going to start focusing on This Dead Romance instead of Splash Damage. This isn't fun when people aren't really reading. Samples of Dead Romance are likely to be posted. Ignore the cover that's up now, I'm restarting the whole thing, redesigning characters and everything. Going to try and get it published (that's what art school resources are here for anyway, right?).