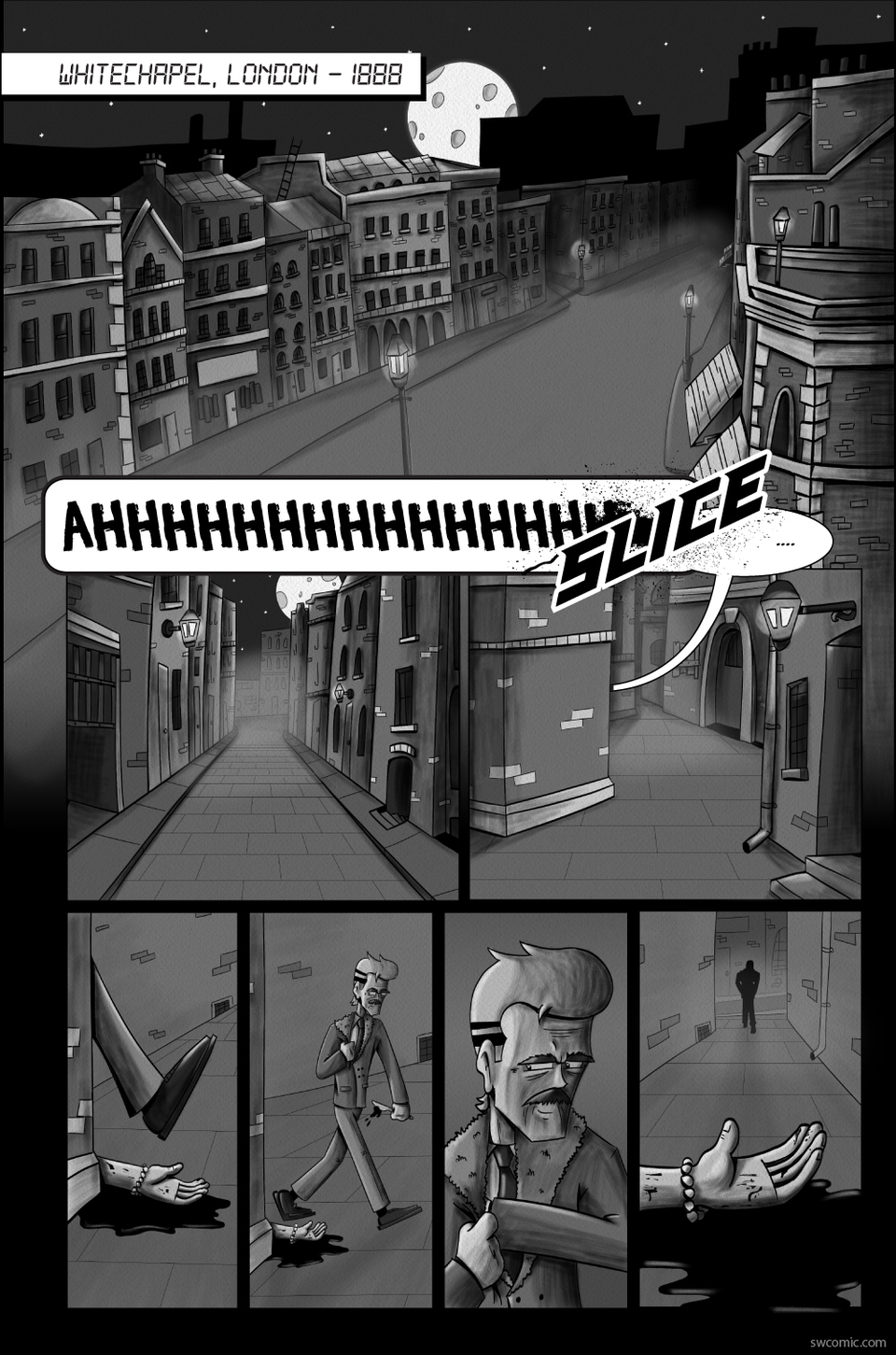 While writing the script for Stop Watchers, I did my best to make it a story that everyone could enjoy. I wanted this comic to be something a 5th grader, a college student, or a 40 year old could enjoy.
With that in mind, I did my best not to avoid any swearing, sex, or gory violence. Admittedly this doesn’t come across super well on the first comic page, having an implied murder of a woman and a puddle of blood. But, to be fair, it’s hard to tell a Jack the Ripper story without shedding at least a little blood. Am I right?

This page probably will have the most blood of the book (when it’s all done I plan to print Stop Watchers as a graphic novel).

After this instance, I tried to keep the violence bloodless. Think of Stop Watchers as a “PG” rated online comic. That’s what I was shooting for when I wrote it, anyways. As the comic goes on we’ll see how well that holds up!

Let me know what you think of this direction in the comments below!