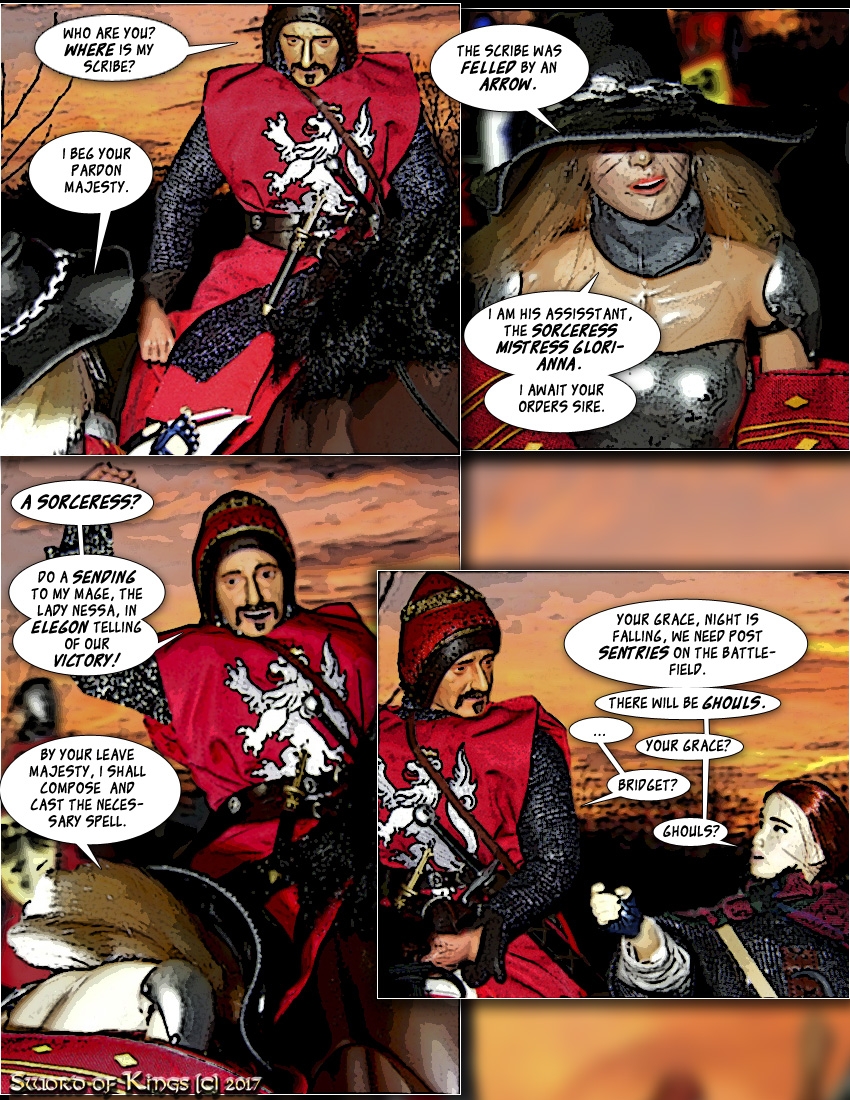 King Falkimir is a John Wayne figure with facial hair added with putty. He was originally created to be Colonel Kirby Yorke from the movie Rio Grande but when casting and needing someone who would become a great legendary hero…

But sometimes King Falkimir gets distracted by a pretty face? Or one that is tantalizingly half hidden under the brim of a hat?

A sorceress can do a sending rather than just a message to send by messenger. The sending is a mental message from sorceress to sorceress like an email it can have various attachments like images or complete documents. Sorceresses have eidetic memory so can retain exact images for a short time and through a sending transmit that exact memory to another sorceress. And a sorceress of course can convert that image or message into concrete form. Ain't magic wonderful?

Using “your grace” “sire” represent different practices from different backgrounds in this world and I'm going to try not to use them interchangeably with the same character. Bridget is actually from Brythia and Glorianna is from the Southern Island of Narthatheia so they are supposed to have different inflections and usage.

You know, I really like the way you put the clothes with a good design in mind :)

All caught up. Loving it! Some standout bits are the overhead view of the devastation a few pages back, and the Sorceress lady. With her hat over the eyes, she's perfectly mysterious and possibly sinister, just as a magic-worker ought to look.

Hey, I didn't even know about this! Cool!

This place has been without an updating Bravo comic for over a year. I just had to.

Sending images that can be made into concrete forms? Sounds like a 3D printer. They're ahead of the curve! Who knew being a scribe was such a risky job, though? The poor schmuck probably took the position thinking he'd get a nice cushy office job and a pension.

He was trying compose a first hand account of the battle. I've heard he's not quite dead. He might be getting better...

hehe seems King Falkimir has 'Captain Rickover' syndrome - those darn pretty faces!! I take that Sorceresses are very rare. He was ready to scribe a message instead of the much more efficient 'magic-mail' - and he seems surprised a Sorceress is even here!!

You're correct. He didn't know any were with the army. There is a sorceress with the Nasnor archers as well as a priestess of the sorceress' goddess.