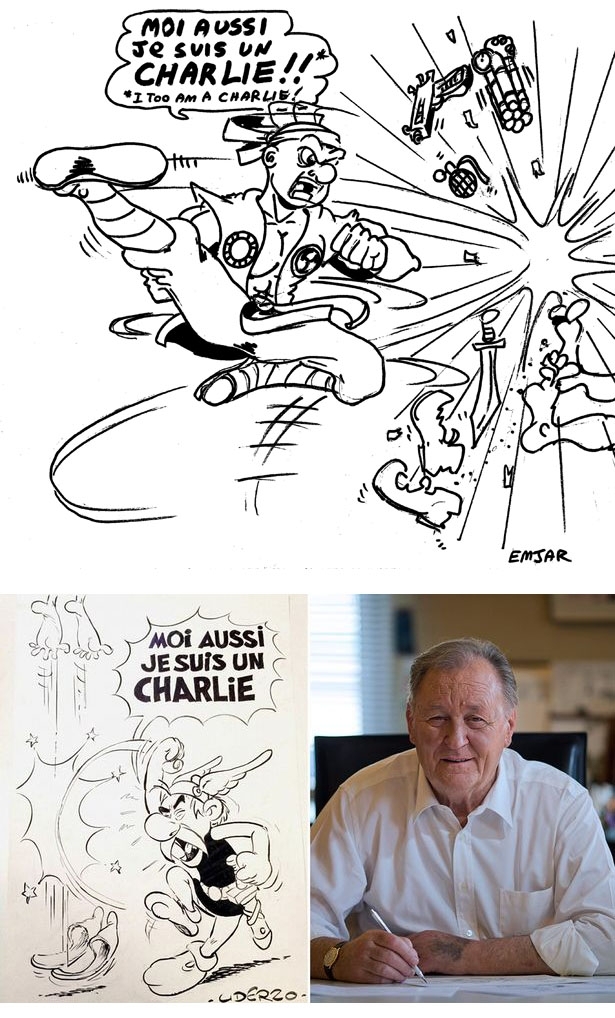 Smorty is a Charlie!

In the wake of the massarcre in Paris at the company producing the Charlie Hebdo magazine by Muslim terrorists for alleged insulting anti-Muslim cartoons, retired ASTERIX cartoonist Albert Uderzo did a tribute to the Charlie artists.
I was extremely inspired by Uderzo and his style and story telling and his work influenced my own comic here on the duck ‘The Dragon Fists of Smorty Smythe’ and so moved by Uderzo's work, I too wish to proclaim;
“Moi aussi je suis un Charlie!”
“I too am a Charlie!”
For the Charlie Hebdo artists.  And also for M. Uderzo!!