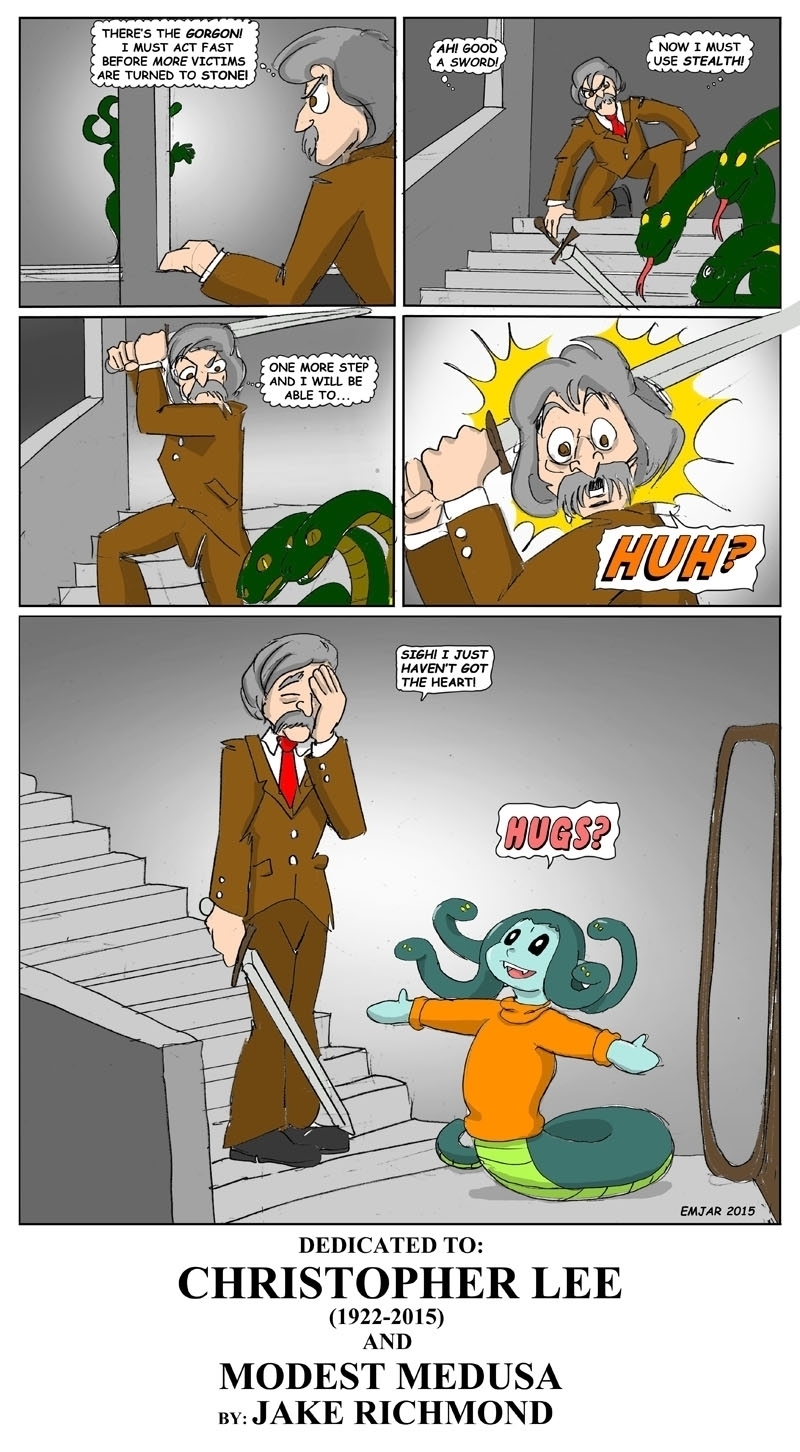 For those of you who might be a little perplexed by this homage, back in the 1960's Christopher Lee starred in an obscure Hammer Horror film called; ‘The Gorgon’.
In this flick he took the rare turn at playing the hero as he portrayed a Mythology Professor tracking down a reincarnated Gorgon before she could turn an entire hapless village to stone.


I'd also like to apologise for being away for so long. I've had numerous issues the past year that curtailed any contributions to my comic. I'm hoping to rectify that before the year is out.
Sincerely,
Emjar

Welcome back. It's also a good thing her stare doesn't turn people to stone

I've missed your comics... even if the 'Gorgon' movie reference went over my head!