The Princess is in Another Castle 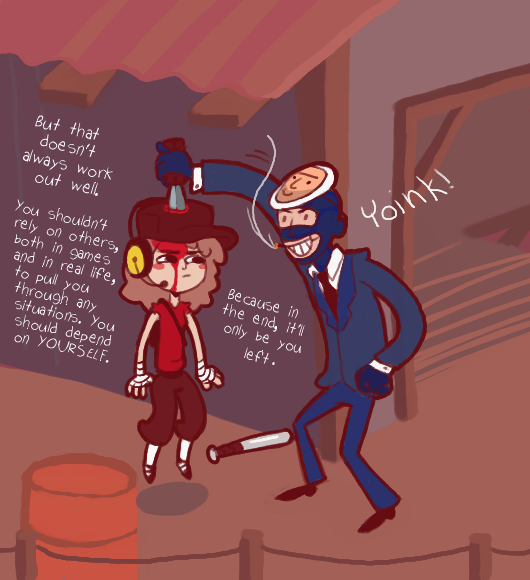 As you guys can see, the past 4 pages have taken place in video games. So will the next three pages, but after that we'll be heading back to the lan party!

I will also say what everyone is advising. Update. Please? :s

psst,hey you! YES YOU! LIZ! UPDATE!

This was such a frequently updated and awesome comic. Where has the magic gone?

If you do not update this comic a Dragon will come out of nowhere and eat your monitor,not your computer,just your monitor...

The people hunger for more TPIIAC.

I want new work, you can do it!

I command you to update this comic... please?

What happened to this comic??

Video games FTW! Your comic is really unique, considering how you're comparing video games and real life. I really like this comic so far, and I can't wait to see more of it XD

Hilarious from beginning to the end, and SO true! :D I'm a girl gamer myself, and although I've passed the age to hang around boys who will go "HOLY CRAP IT HAS BOOBIES AND CAN HOLD A CONTROLLER!!!" - or rather the boys I hang out with have long finished that phase - I still remember those times. And even today, there are times when boys will be surprised that I play games at all lol Apparently I don't look the type o_O Anyway, keep it up! I'll be watching!

I really like your comic, it's quite funny and pokes fun at the gaming community (which I'm part of :P). I find it funny because in most cases it's quite accurate. Faved