This Ego of Mine 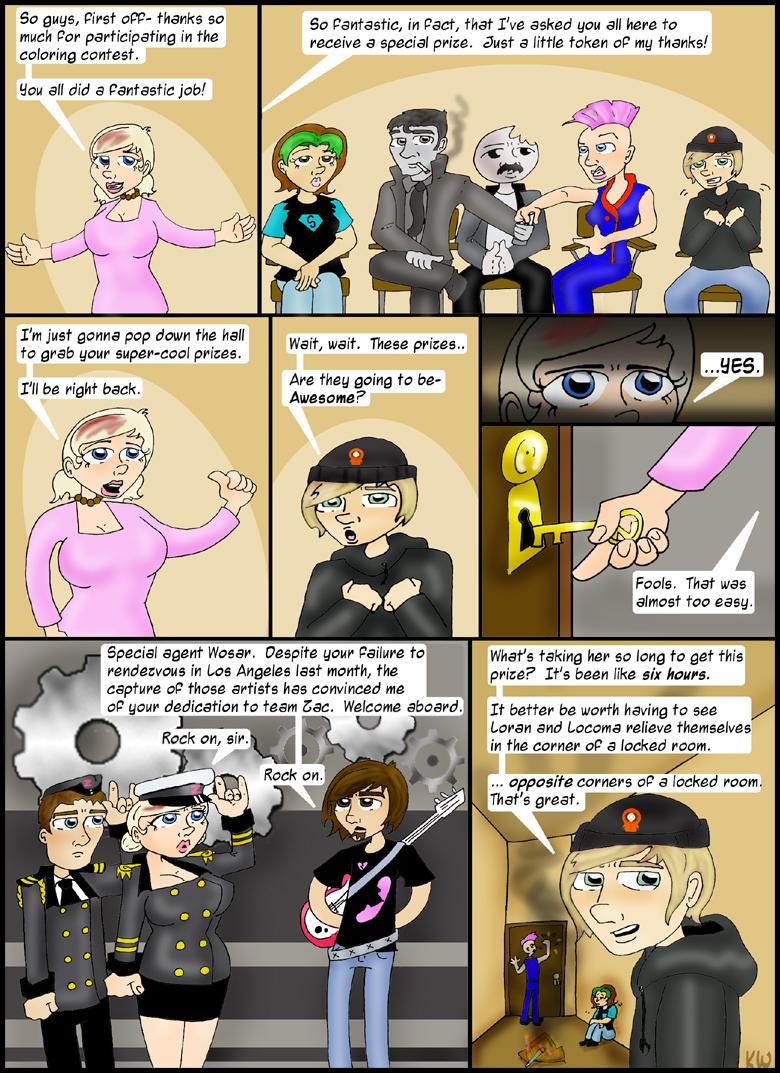 So, apparently that's what you get for participating in my contests. You get locked in a room! All in the name of Zac.
Cameos, in order of appearance~ Emjee, Loran, Locoma, PinkDiapers, T_K and my friend Danny.
Is it wierd that facist uniforms are really fun to draw?

Doesn't leaving them in a room w/o a bathroom violate the Geneva Convention or something. Love the red flair in your hair, by the way

don't lie to me zacface I knew she did

coloring contest was a cute idea.. so was this "prize" strip.. nice job!

I love the prize!! it's pure fun :-D hehe it was about time Locoma had real clothes, I think I'm gonna use them in my comic hey loran you missed a spot :-D

HAHAHAHAHA! That's friken BRILLIANT Kris! That had me laughing SO hard! Especially the panel where you just go "YES". OMG. The pay off panels at the end, man that's brilliant. Love it! [b]Team Zac F**king rocks.[/b]

Ha! Little did they know! and Locoma looks worried from the start

t_K is so unappreciative. WTF EDDIE, I DIDN'T TELL HER TO DO ANYTHING

welcome to the team! and hurray for people in uniform!

T_K, I don't know what you're talking about.. Your hair is obviously a "Bright blonde with kind of weird natural brown highlights".

Now I'm glad I didn't participate in the contest, I'm allergic to rooms.

Haha, I love her eyes in that suspicious panel. .."yes."

aw..... my hair miscolored I'm gonna go kick zacs ass now. Because its obvious this was his idea.

Hurrah! Awesome page! I'm glad Teek is locked in a room He deserves it! Good to have you! ^_^

Ooh the background is pink :3 I like this comic strip alot too :3