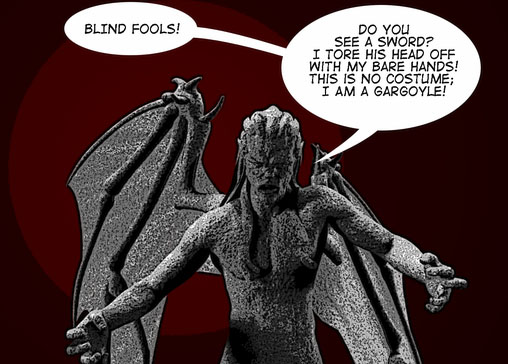 Not much has been revealed about Gilbert the gargoyle yet, that said he has identified himself as being an immortal from the time of King Arthur. This was called into question due to obvious historical inaccuracies. He does have the appearance of a gargoyle with wings, can fly and has the strength to rip a persons head from their shoulders with his bare hands.

He speaks in an inconsistent form of English, attempting to make it sound like old or middle English.

He has also stated he has no wedding tackle.