(offline) posts: 186 joined: 8-23-2022
I know I've been here for a little while, but now I'm ready to actually announce my intentions for being here, as well as offer up a little explanation of what all of this is, and actually formally introduce myself.

Anyway, hello, I'm Joseph Scarbrough, I've been a Content Creator on the internet for 15 years - most people know me for my puppetry work on YouTube, particularly my signature character Steve D'Monster, but what few people know is that cartoons were my first love, although I had went into “Cartoon Retirement” for a while so I could put all of my focus and engery into puppetry. That changed in 2011, when I made my first ongoing comic in years: VAMPIRE GIRL, the story of a vampire girl who lived a life of irony . . . the irony being that she doesn't want to be a vampire, she wants to be mortal. But why? Wouldn't it be cool to possess immortality, supernatural powers, and the like? Well, not so much for Levana - if anything, the life of a vampire was far more burdensome, because of how much it limited what she could actually do with her life, from having to travel only by night to avoid sunlight, having to adhere to a strict diet of almost nothing to avoid certain ingredients like garlic, to having to go to greath lengths to hide her fangs so as to not freak people and who wants to live forever when the world is a crappy place - not to mention you'll outlive every friend you make? And why should Halloween be the only time of year her kind is considered acceptable anyway?

VAMPIRE GIRL originally ran on Smack Jeeves from December 2011 to March 2012, however it went largely unnoticed, mainly because the comic did not really fit into their zeitgeist, which was mostly Westernized Manga, stolen sprites, and LGBTQ+ comics (that, and they didn't have much of a community either). Anyway, even though I had wrapped up Levana's arc over the course of the original 17 strips, I did always have an idea for a continuation in a second season of sorts, in which we explore just what sort of effect that transforming into a mortal would have on her, however given the lack of interest in the comic at the time, and I kind of wasn't that interested in pulling a Disney by exploring what happens after happily ever after, I just never bothered following through with it. Now, here we are 10 years later, and things have certainly changed: there seems to have been something of a renewed interest in Levana and her story, which gave me inspiration, so since January of 2021, I've been working on finally following through on the second season. 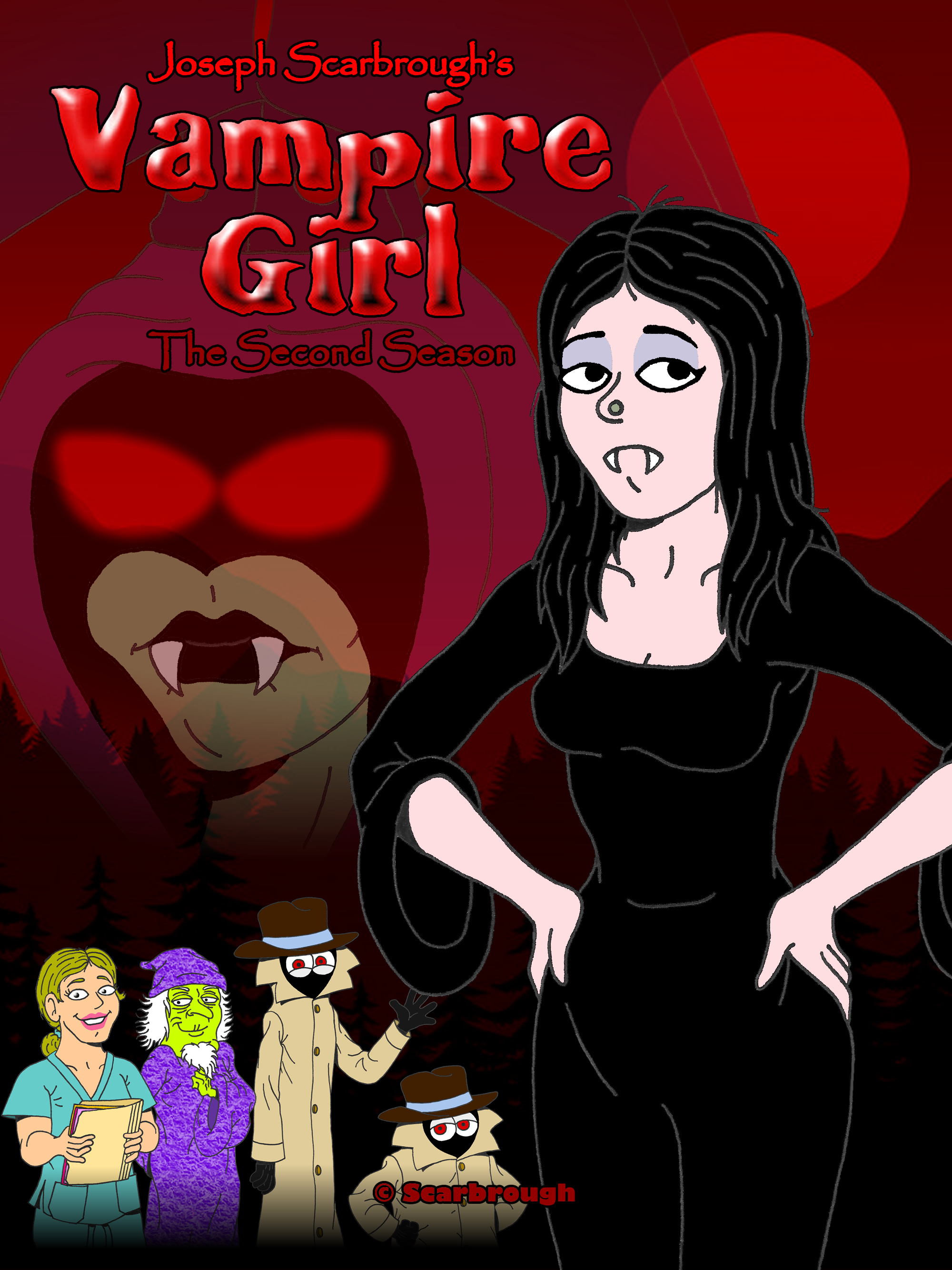 With the demise of Smack Jeeves, I have decided to migrate here to The Duck (well, as you guys know, it was partly because I originally chose to go with ComicFury, but, well, that didn't work out) to publish VAMPIRE GIRL: The Second Season every Wednesday beginning next week, October 19. As I mentioned above, the second season will explore just how Levana's new life as a mortal is working out for her, and whether or not her transformation will go without any sort of consequences. So far, I'm really pleased with how well the reruns of the original comic have been doing here on The Duck, so I feel a little more confident that the second season will do much better in its original run here than the comic's original run on Smack Jeeves ever did.

So, there we have it. Hope you will enjoy the ride!