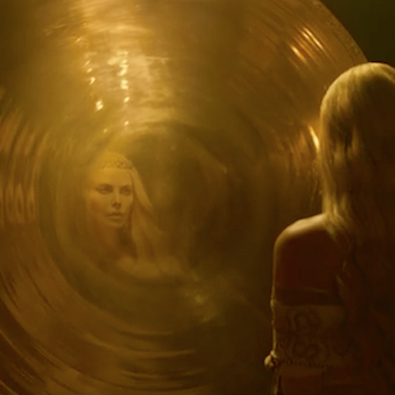 Last week we talked about the benefits of mirroring webcomics on various platforms. Today, we’re continuing this theme.

The monsters in the market are now Tapas (formly Taptastic) and Webtoons, boasting a large audience that could maximise your reach. Smaller communities such as that on Smackjeeves, Comicfury and here offer a more dedicated and potentially more engaged audience than that of the two webcomic beasts. Of course, there is another alternative, namely hosting your own site; be that a blog, on tumblr or a custom-made website.

Tapas and Webtoons have the enormous advantage of having large audiences which, when you are starting, can be very attractive as with any work you’re proud of, you want to get it to anyone who’ll read it.

Webtoons recently announced that they have partnered with Patreon to deliver 1 million dollars in pledges over the next year (read more here) which sounds like a huge boon for creators. However, in recent months creators have found that their reach is not as expansive as it had been earlier this year. Whilst the holiday season is considered to be quiet months for websites in terms of traffic and content, there has been a sudden and noticeable dip in audience engagement. Even incredibly popular titles on the discover portal have reported seeing their views and subscription rates slow to a trickle and in some case (ours included) going backwards! That’s not to say that it isn’t worth posting there. Webtoons has a global website rank of 1,302 with an average of 42 million users so the audience is there. Hopefully in the coming months the traffic picks up.

Tapas, whilst not having quite the same level of traffic as Webtoons, still maintains a modestly large audience. However, one dip into the forums will highlight how difficult it is it to build a following there. It might be because it is not as well known, or that the readers are pickier. Despite that, the Tapas forums are incredibly supportive for both writers and artists so whilst one might find their audience growing slowly, there is a wealth of resources available to them to help improve.

Smaller sites such as Smackjeeves, ComicFury and here on The Duck, are unique in that they have maintained the reputations of being the oldest sites available to webcomic artists. Drunk Duck being a prime example of this having been established three years before Smackjeeves in 2002. Creators with adult restricted content often find their homes here as the sites are not beholden to the same level of revenue expectation as Tapas and Webtoons are, allowing these creators the freedom to explore these genres. The communities surrounding these sites, whilst small, are often incredibly dedicated and user focused which, when starting out, can be invaluable as a means of encouragement and support.

There is also the option of hosting your own site and thus, having absolute control over how you deliver your content and what subjects you can approach. Having a good grasp on how platforms such as Wordpress or Blogger work is a great advantage, though there is a plethora of templates out there to help creators build their webcomic’s page. A disadvantage to this however, is having to pay for archiving space, particularly if it is extensive, as well as not having the immediate access to dedicated audiences on existing webcomic platforms. In these cases, the creators often update their main site before their mirrors to encourage their readers to preference their personal webcomic site. They may also list their website on the comic listing portal, TopWebComics, as a means to drive traffic there. And, as it so happens, the site is looking to join the game themselves.

Earlier this year, TopWebComics announced via Twitter that they will be releasing their own webcomic hosting site, reportedly in the first quarter of 2018 called WebComic Avenue. Given their position as the prime database for webcomics, boasting active traffic and marketing opportunities, it leaves one to wonder how quickly this potential community will grow and what position it may obtain in the coming months.

That is all for now on this topic. Next week, I’ll be talking about the myriad of ways comic creators have to reach their audience and promote their work. Till next time, don’t forget to let your readers know that they can catch up their favourite comics on The Duck using the mirror icons below!

We also have versions for those who've been featured… or just want to pretend they have :D
Go ahead, use whichever you like!

Have a great week everyone!

I actually DD mirror in reverse. Coydog and I have been trying to get our own site going, but folks here at DD who've followed us from GAAK, The Continentals, Chevalier, and Hit Girlz are reluctant to come over to our new site because they're so loyal to DD. So we've had to mirror our comics here just so our DD fans can read our new comics. Dee - GAAK, The Continentals, Chevalier, and Hit Girlz writer dude

Honestly, Tapas and webtoons annoy me a bit in that they copied our thing and took over, but what can you do? It's how things go on the net. Platinum and Wowio reeeealllllly screwed us.

"In these cases, the creators often update their main site before their mirrors to encourage their readers to preference their personal webcomic site." I have been updating my mirrors the same day I update my main site. But lately I've thought about updating my mirrors once a month (which would probably be 4 pages each update). I've been neglecting my main site and treating like a mirror these days.

Tapas and their dodgy 'contracts'.. avoid.

It won't help Tapas that any search for that leads to things about the Spanish snack and bars that serve it.