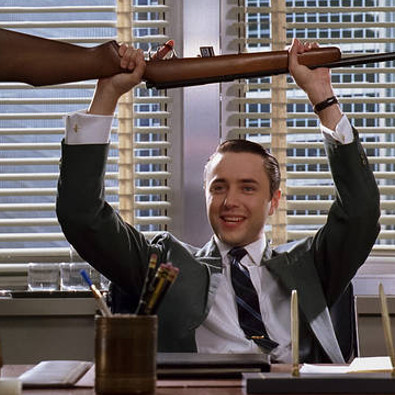 To me this is one of the most fascinating elements of storytelling. The idea behind Chekhov’s Gun is to employ parsimony in the information comprising a plot and content: If something isn’t essential to the story, just don’t include it. Little by little, it became more “if there’s a gun in the first act, it has to go off by the third one,” which is similar as advice but qualitatively different- not only has it got to be relevant and essential to the story, but Chekhov’s Gun has to be essential enough to be a game changer.

On the one hand it’s excellent advice that trims and grooms a story perfectly, especially in visual mediums like movies and webcomics- on the other hand, I do believe it’s a tenet that gave rise to whole cohorts of genre-savvy audiences and plot spoiler twits that ruin everyone else’s fun.

So it’s often come down to a game between creators and audiences: creators conceal Chekhov’s Gun in the plot, and the audience tries vehemently to discover it- or enjoy going back to read the webcomic or the book, or watch the movie, to watch the setup after they already know how it ends.

Personally, I feel there are many types of Chekhov’s Guns- not only in terms of items of high plot importance, but also in terms of plot devices concealed in a character’s personality or background or skills, things in the surrounding setup or environment of the characters, warnings or advice that is shrugged off by the main character ( “Trust no one, Dr. Jones.” ), a character themselves (like the Black Knight in so many medieval knight stories) and innumerable others.

In the 80s that was done to death in kid movies where the one hobby or skill or oddball ability of the main kid character became vitally relevant to a positive resolution of the conflict by the end of the movie (even Jurassic Part III did that by having a girl skilled in gymnastics, use said gymnastics to fight off a velociraptor. Cringe at will).

I've found sthis idea can be a very useful aid to writing whether it's used as a red herring or not, simply from the point of view that once picked up by the reader it's hard for them to leave alone. So when I'm playing with an idea that makes me cringe a little for seeming a bit too obvious, as it's a major clue to what the truth is, I've found it can be an advantage to follow it straight after, with a reference back to the 'gun' as the readers thoughts are then refocused on something which seems more important but is in fact far less. The chances are that with one or two guns being left casually lying around during future scenes it'll buy enough time before the most important part of the jigsaw is brought to the surface again.

It's a great game, indeed. The basic principle is sound, too. Still, I think it's good not to stick to closely to it. I enjoy putting a lot of things into the scenery just for the heck of it. For instance, I often include a mysterious pair of eyes lurking in a dark corner that quite deliberately seems to have no function whatsoever (most of the time). No matter how much Chekhov would have railed at it, it's cool to do that, as it adds greatly to the general wacky atmosphere. The difference is that Chekhov's Gun can be pushed to extremes with hardly any fear of overusing it, while randomly inserting stuff cannot. But then, just like a Red Herring, you can only get away with that kind of thing if it achieves some kind of effect; so in a way even these seemingly random additions I'm talking of would have a function that justifies their presence.

Yes, I've purposefully added these to my story (incl. one rather recently that will come back around middle of next chapter). I remember a forum topic a while back, where in webcomics you have to sometimes draw scenery (books on shelves, dishes on tables, furniture... because it's a visual medium) whereas in a written story you wouldn't begin to describe all that stuff - unless it's going to be Chekhov's Gun! So in a webcomic we could argue that the Gun is harder to spot in the background, or maybe easier if the creator really wants the reader to notice it (thus, making it more prominent), but then, the creator really risks saavy readers guessing it, but then she can make it a red herring, and then... Yeah, it can become a game, as Tantz said!!

To me Chekhov's gun always sounds like Chekhov was yelling at some propmaster for putting a gun prop on a set for a play that didn't use guns rather than a good argument for foreshadowing, which people usually use it for. Chekhov's gun is better used for Minute Mysteries rather than a full story (keep it lean, keep it spare, no extraneous details!)

Another fun thing is to have a character attempt to use the obvious solution object only to fumble it and have to figure out something else. Or you can twist it back again. Like the acorns in Willow. Based on the beginning, you don't think they are actual magic and they come into play halfway into the movie (to no avail), so you don't expect them to appear again.

I accidentally create them sometimes. As my confidence/ability improves, I create more detailed scenery and backgrounds, have characters working on something during scenes, create really interesting-looking "extras," etc. Basically, I put in details simply to hold my own interest. I get lazy and draw poorly when I'm bored. Down the road, if I'm having a writing block or simply looking for inspiration, I look into my own backgrounds. They often hold the answers I'm seeking.

I do love the principal though; something big, or cool, or interesting is in the story and you want to see what part it will play... In Pinky TA at the moment that's the big land battleship thing. I'm a strong believer in having stuff like that DO something, not just being scenery, the way it can turn out so much in comics.

I like the Chekov's gun thing because the object or skill isn't always used the way you think it will be and even if it is it's always really interesting to know how or why or when it WILL be! It's a cool part of a story. when it's done badly it's just something like; there's this gun lying around, characters get in a dire , tense situation, the gun can save them, you just watch or read along and wait for them to finally use the gun to save themselves. That's predictable and not that fun, especially if it's done too straight and standard. You have to have twists and turns in there.

This is the favorite thing ever in anything ever created! I discussed this exact subject with another creator earlier, but we concluded how it could work the other way around: Lets say we put an object of seemlingless no value into a story and the audience will pick it up and start hype it up trying to find a place for it when will it be essential or waits out in anticipation. Then at the end, it appears to not be essential at all. It was just a pointless relic which had nothing to really do with the story, and the audience realise they just got trolled. What a ride it must be. Like the worst anti climatic ending possible. In a way if done right that's totally also something that could work as a hilarious element to the story, i mean if it doesnt piss off the reader too much.

I prefer red herrings to Chekov's gun. Look for it all you want and while you concentrate on finding the smoking gun, it was the pickled fish the whole time.