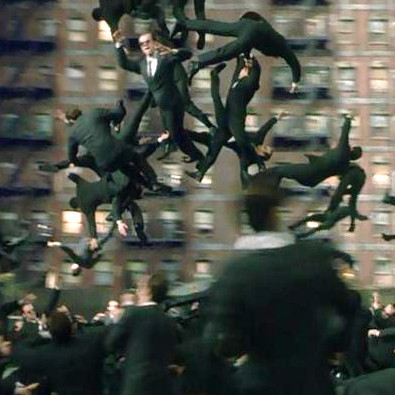 Yesterday I was looking at reviews on youtube of the last Resident Evil movie that just came out. And while different reviewers had different degrees of leniency on the movie’s below average quality, everyone was unanimous in that the action in it was a ton, and boring.

So let’s talk about action- it’s supposed to be the most exciting part of a movie, a webcomic, a book. When it becomes boring out of all things, things don’t bode well for the story.
What makes it boring, though?

From the things the reviewers said, here’s a first short list:

To me, all of these issues spell one thing:

The action is boring when it fails to engage the audience in the stakes of the story and/or confuses them or throws them out of the story.

The action is itself part of the storytelling process.

Just like in a musical, the songs are boring if they don’t forward the story in a meaningful and important way or don’t embellish it in some manner (such as learning about the characters, or some such thing), like so in an action movie or webcomic the action will be boring if it doesn’t do the same.

So what about you? How do you use action in your webcomics, if at all? Have you ever found people disengaged by action in a movie or a comic?

Often there's those who don't practice drawing these scenes and they throw me off a bit when there's action. If making an action comics you need to actually work on the movements and be able to draw it. Currently working on it myself, its not EASY but it has to be done in order to get it right :| The most boring thing is when there's action and the characters are boring... The entire balance is an art.

I agree. John Milius knew how to insert loads of action in a way that it contributes to the whole thing in a way that's just right. Same for Tarantino. The action there hasn't much to do with realism, but his way of weaving it into an ambience of cool dialogues and general ...er... coolness makes it so awesome it just doesn't have to. And both fit into the concept of what I said the other day: these guys take themselves more seriously than absolutely necessary. Nor does e.g. John Wayne. If you don't know what I mean, watch "El Dorado" or "Rooster Cogburn". Both films are cliché-ridden like nobody's business, but they capitalise on it in a way that it turns out to be awesome.

That's John Milius. He co-wrote and directed Conan the Barbarian. He is another good action director. He also did the original Red Dawn which was so much better than it really should have been.

Speaking of a action to advance plot, Conan the Barbarian is a great example of sensible use of action to inform the story: it begins with the destruction of the young Conan's village, the action swirls around and it shown in confusing, fast cuts, with the horror of people being cut down or savaged by dogs- it's all as a child would see it and sets the scene for Conan's character development and his need for revenge... I won't continue, but all the individual action sequences in the film are similarly meabingful to the plot and advance of the story, not just there for spectical and pointless violence.

Used to do action in comics for action sake. Nowadays, its only done to advance plot...

Personally I always try and have a sense of time, or limited time for them to do something. It helps build up the tension.

Jackie Chan had done some how type videos which are great. It's a different perspective. Here's one https://www.youtube.com/watch?v=Z1PCtIaM_GQ

Yeah, movies that are supposed to be 'serious' bug me when the action defies physics and biology! In real fights, people can take bare-knuckled punches to the face over and over (neither the head nor hands can take it..). For 'realistic' fights, I thought the move Haywire, starring Gina Carano, was pretty good!

You can have too much of everything, and sadly, action is often totally overused in films these days, just like special effects, CGI and stuff. It kind of scares me if they get as popular as they often are - do so many people really have such a short attention-span, that they'll rather go for instant gratification instead of, say, a good dialogue and a plot that makes sense? This said, I nevertheless LOVE old crappy action films that have loads of fight scenes with funny sound effects and practically no plot whatsoever, think Bud Spencer & Terence Hill. They're so bad they're good. Same for much of Jackie Chan's work or old westerns and what have you. And Quentin Tarantino's way of weaving cool dialogue with over-the-top action just rocks. I guess the difference is that they never really take themselves seriously. Much of what you get to see now tries to and fails miserably, so what you get is basically watching someone play a particularly dull arcade game and that's it.

There are a couple of live action Japanese series and movies based on anime which are great fun with over the top action sequences that match the antics of the anime and manga they are based on. Others are just plain bad. At the other end of the spectrum are filmmakers like Kurosawa, Peckinpah, Sergio Leone, and Sergei Bondarchuk and others who make film action sequences pure poetry. And you know even the two of the longest fist fights on film do not bore you because they are so well done and just plan fun as opposed to seemingly endless ever more violent or impossible stunts. And of course they are both in John Wayne movies. Broken Arrow owes a lot to the Randolph Scott/John Wayne brawl in The Spoilers. And then there's The Quiet Man. Victor McLaughlin was a boxer in his youth and knew how to take and throw a punch. And John Ford knew how to pace a fight scene.

Oh, and the worst action movies I've seen have ridiculously short cuts and swirl-around camera to pretend action is happening. I can't remember what it was, but I was viewing an action movie on netflix. Every few seconds, the camera cut. They never once showed a complete action. No punches/kicks connecting. Just before -- after -- close-up. Ugh. It was awful. Kinda like how I half-ass my comic art.

I feel that way about James Bond movies sometimes. Oddly, not all the time... Because MOST of the time, I cannot even remember the plot or place the action sequence to the movie, or give a damn about the characters. However, most of the James Bond action scenes are good length and interesting enough to be a fun little visual amusement park ride. -- The best action sequences, however, are Jackie Chan. VERY active, always amusing, and usually a solid, developed cast of characters involved. Some of the wire-fu Chinese action films are fun too. I prefer the ones with a comedic slant. I cannot take that kind of thing seriously.

Jackie Chan's action scenes are awesome, pure action and comedy gold in most movies (except the very few, deeply dramatic movies he's made). I agree about the stylized action vs. when you try to make it look 'grittier' (i.e. more realistic). I also hate shaky cam montages in actions in movies. In webcomics I'm fine with long drawn action sequences, provided I can not only tell but also anticipate (or fear or worry) about what's coming.

Some of the best action I've seen in a comic was Kuypol's Mang-isa. It was visceral and believable. The old comic Egbert had great action scenes too.

The fight between Christian Slater and John Travolta in the movie Broken Arrow is a great example of action done 100% right: The actors use olf fashioned boxing to fight each other, which totally fits with their characters and the context, they don't use crazy moves and kicks, magical expert Asian martial arts, just a simple man on man boxing fight. Ironically it was directed by John Woo, a guy known for his over the top fights and Asian martial arts in films, but it just goes to show that he knew what he was doing when it came to a fight scene.

Action in movies is a big bugbear. I think Mr Jacki Chan and Chow Yun Fat sort of turned it into an artform beyond what it had ever been. Most people who came after and tried to top them just could not do it physically so they use tricks like cables and other methods and it really just cheapens the whole thing because it looks too fake and pointless, it just becomes silly. Realistic action is always better unless you're deliberately going for something that's hyped up and stylised because that's the kind of movie you're making: Chinese fantasy Kung-fu films for example, or something like Kill Bill or Suckerpunch. It even works in the first Matrix film. Where it FAILS is when the film is not stylised to that degree and the rules of reality are suppose to function somewhat: The Daniel Craig James Bond films and most superhero films are good examples of being too silly with the action- Sure, they're superheroes with powers, but powers that have to work in the real world.

'Once Upon a Time in Mexico', the last movie in the Mariachi trilogy, did this for me... People gruesomely killed left and right and I actually started rolling my eyes and yawning..!

There are action sequences that just don't know when to end. They are poorly paced or just so long and drawn out you lose interest. That's especially easy in webcomics. Since most update maybe twice a week and one action sequence goes on for two months with battle upon battle you just don't care anymore. The whole point of action is immediacy. You're in it and it's happening. If it feels like it will never end the pacing is off. The reader shouldn't want it to end but if it goes on so long that he does... the creator screwed the pooch.