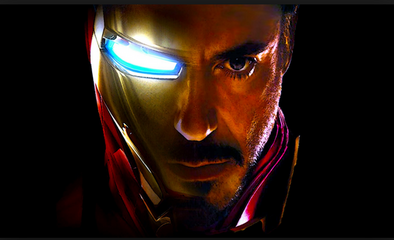 
There are spoilers below for the Iron Man and Avengers movies, Civil War, and Spiderman Homecoming


The Marvel Cinematic Universe has been breaking new ground in movies with their various interconnected films for about ten years.


The MCU began with Iron Man, and the character has undergone some pretty interesting ups and downs in his many films.

Many sequels will pretty much put their characters through identical arcs as the first films. Ghostbusters, the new Star Trek films, American Pie…

Iron Man looks to be having a more involved journey!


spoilers for Iron Man and the Avengers!


In the first Iron Man, it's a classic arc: The selfish, narcissistic genius arms dealer grows up a great deal. Not only does he become a superhero, but he dismantles his own weapons manufacturing company and becomes a better man. He's still glib and somewhat narcissistic and arrogant, sure…but we kinda love that about him! He's no longer heartless, despite his artificial heart.

The Avengers finds Mr. Bigshot still cocky and everything, but sees him (and the other heroes) go from fiercely independent to being a team player. Iron Man butts heads and then bonds with his fellow Avengers, and sacrifices himself for everyone in the end (only to be saved by the friends he bonded with).


Spoilers for Iron Man 3 and Avengers: Age of Ultron!!


Iron Man 3 continues from there. He's messed up about the experiences in the Avengers. He is isolating himself from his girlfriend and falls into some personal darkness. In the final moments of the film, after he wins the day and then uses new technology to replace his mechanical heart with an organic one - well, it makes me tear up a bit. It was an okay movie. But a great ending, there.


Where it gets really interesting to me is where he's at in Avengers 2: Age of Ultron. Tony sets the whole Evil Robot problem in motion. Because of his fear of more otherworldly invasions happening, he tries to set up a planetary defense system. An artificial intelligence that goes very, very wrong (as these things do). It's his doing, and the team does manage to defeat the critter (spoiler alert!). In the end, Tony leaves the team.

Then comes Captain America: Civil War. The Government is demanding more control over the previously independently operating Avengers team. The heroes must submit to Government oversight and control, retire, or be arrested. Some of the team are pro-government, while some are strongly opposed.

The rebellious Iron Man, carrying a LOT of guilt from the Ultron debacle, and having split with his girl, Pepper, and seeming kind of bereft because of that, is pro government. And soldier/boy scout Captain America is on the other side!

Things end up very ugly and tense between the various teammates, especially between Tony and Cap, and the Captain America side looks to be on the run from the law at the end. There is not complete hatred between Tony and Cap, but there is definitely some heavy, heavy wounded feelings and tension.

In Spider Man: Homecoming, Iron Man shows up again as a supporting character and sort of a mentor to Peter Parker. He supports him and also delivers a smackdown when young Parker gets on his nerves. It's a good movie, with an exciting journey for this newbie version of Spidey, but the film ends with the reveal that Tony and Pepper have gotten back together and there are wedding bells in the offing.

This would have meant little to nothing without the 10-year history behind these characters. But with that history there, It was very moving to see. It got me in my soft, reconstituted heart at least!

End of Spoilers! Now, the Prediction!


That ending also made me think that the road is coming to an end for this character, and that Avengers: Infinity War (or maybe Avengers 4 next year) will see the death of Tony Stark, the guy who started this whole cinematic universe.

I could be wrong, and other characters could be headed for the grave as well, but Tony is the “star”, if you will, of this whole cinematic universe, and it seems that he's reached the end of the road.

In a way, I'd hate to see him go, but this could also be a powerful ending to one of the most unique character arcs in movie history.

Arcs like this can be seen in some great TV shows, maybe, but in big movies it's almost unique. This is partly because a series/universe of this kind is quite unique.

Whether he makes it through these apocalyptic couple Avengers movies or not, the ride with Iron Man has been fascinating. Not just for the superheroics, effects, or even Robert Downey's/Tony's rapier wit, but for the development of his character throughout the films.


Okay, I've geeked right out on this one…


I'm so excited for this next part of the development of the humanity of these characters…in a movie about
a purple space god with a magic glove!

It did surely not suck!

Here's a good rundown on it: https://www.youtube.com/watch?v=JEMgWviJ81A&t=0s

hey, you said no spoilers!

KL - I agree! And the behind the scenes info tells us that Downey has a lot of ideas (and they're GOOD ideas) about adjusting the tone in the first Iron Man to a lot of input on the Avengers and Civil War in terms of his character and such. So he oughtta get some credit for the arc as well - certainly in Civil War, where he's willing to be kind of "the bad guy". It's that one that really makes his journey interesting in my opinion!

Nobody... but Nobody, could've played this part like Downey Jr, but the arcs were very compelling in their own right, as you masterfully delineated!! I wonder what's gonna happen to him and to many other character in the MCU (in the comics, aren't half of them dead, and the other half now chicks or something lol :)

@ozone - They definitely relate! - Gamora and Nebula were Thanos' adopted "daughters" and Nebula's driving goal is to kill Thanos. Drax is also driven to kill him. And the Guardians movies were important to expand the tapestry out to include the "cosmic" side of things and make something like Thanos believable/acceptable in the Movie Universe. Make mine Marbles!

@Genejoke - I hope it's good! I'm hearing good things but I'm about to go dark to avoid any spoilers until I get a chance to see it this weekend!

How do you feel Guardians relates to the films?

Just about to watch it... I'll find out if you're right... no spoilers to be posted though.