High Brow Humor: “I Am Not a Wassily!” 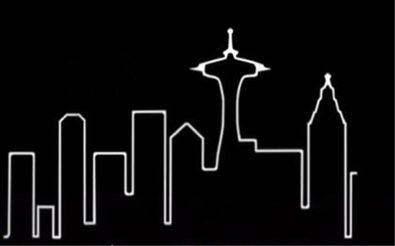 A nineties sitcom that completely fell under my radar was Frasier, the Cheers spinoff about a radio psychologist who moves back to Seattle to live closer to his private practice psychologist brother, Niles, and aging father, Marty.

The season one pilot reeled me in after a couple of jokes about an Eames lounge chair, the opera, and eclectic design style. The main character had a sense of humor and culture that I really enjoyed. The father’s character, Marty, was a former cop who liked sitting on his favorite couch. His character was put in place to appeal to the larger fanbase because he was a relatable everyman.

The jokes between Frasier and his brother Niles are so funny because like Frazier and Niles, I was more interested in academics than sports when I was growing up and I understand most of their jokes. Of course there are times when I have to look up an object he was referencing while I am watching the show before I can laugh at it.

I do believe that one of the reasons I could not follow Frasier when I was very young was because many of the jokes went over my head because I did not have context for them. The concern with highbrow humor is that it excludes a population of the audience so there has to be less elite personality type characters in order for broader jokes to work.

Submissions for the Secret Santa are being posted in the forums.

I love the jokes, but I discovered it's really hard to "binge" due to the plot formula. After a while, you kinda want to see one episode where things get better for Frasier (although in small doses, it is funny to watch him make things worse). Cheers was less formulaic and the wider cast let them vary the plotlines more, so it's more enjoyable to marathon.

The humour wasn't really that high-brow (unlike Kelsey Grammer and David Hyde Pierce who's brows were really quite high!), but the references were. This was a show filled with a lot of obscure references! Which made it quite different from Cheers. I think most of the humour between the two was probably pretty comparable but the vocabulary of the two shows was markedly different!

Frasier is by far my favorite sitcom! I was actually completely disillusioned by sitcoms until I came across Frasier about three years ago. I was completely blown away and watched the entire series in a matter of weeks...!