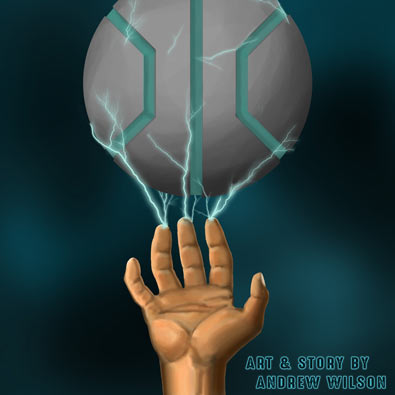 Isaac and Ben fight it out in the arena, watched by thousands of spectators, waiting on their every move. The two orb users battle with their unusual powers, ice versus lightning, attacking and defending at high speed! But is there more to these competitors than simply gladiators who fight for entertainment? What is their relationship with the alien orbs that lend them their powers? What else do they do for the Valtic organisation other than fight? Traditionally drawn with full digital colour, the art is highly individual. Some of the body proportions are off but the action scenes are striking and intense! The fighting moves at a very fast pace, it's almost like watching TV. This is a SciFi action drama. Enjoy!