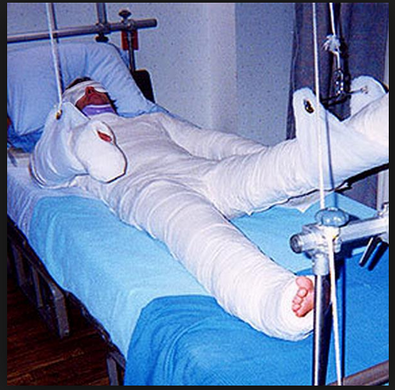 A well written protagonist will generally have some flaws, starting out as an underdog of some kind, with lessons to learn and improvements to make over the course of the story.

Granted, some heroes are, well, just heroes, who are pretty much who they need to be from the beginning. Last time I mentioned Indiana Jones and James Bond. Superman is the ultimate paragon of hope, inspiration and humanity.

I have to admit, though, that I have a great interest in damaged protagonists. And not the regular types who are just naive, or lazy or misguided. But heroes with big problems.

Obviously I'm not alone; in the past few years damaged heroes have appeared more and more in media, and with great success. Walter White had serious, serious issues. In the comedic world, the sociopaths of Arrested Development and It's Always Sunny in Philadelphia have cranked the Seinfeld-type selfishness up to eleven!

Mindhunter has Tench and Dr. Carr, who both have their issues, but especially Agent Ford, who is a good person, but a bit of a mess.

Woody and Matthew in the first season of True Detective are both very good men in my opinion - but are both seriously damaged dudes. Fascinatingly so!

In the world of comics, of course, these sorts of characters are legion. Batman is a big one, especially starting with the classic “Dark Knight Returns” graphic novel, and the “Watchmen” series by Alan Moore, which examined the twisted psyches of costumed heroes.

What do you think? Are the criminals, scumbags and sociopaths more interesting? More realistic? Or is this a trend you don't care for? Do characters need to be mostly good, or just have a little slice of relatability for you to care about them?


have a good one!

Hmm, I like to think of my characters like real people. Nobody escapes from hurting another human being to a certain degree, "good" or "bad" people, even without intention. I'm pretty tired of thinking about good and bad characters. I don't know, I don't feel so "entitled" to judge. You know, all wicked action comes from fear.

Interesting post Banes! I do like to get my protagonist a tormented one, just to make the story deeper and darker. I'm still have a long road to travel but I think its a pretty challenging one :D

I do like the "less damaged than they appear" protagonists. (I even make clumsy attempts to create them in my own work.) That's the only thing that draws me to stories with really messed up characters. It's the hope for that possibility. When I find out it's not the case (or it's the other way around), I am disappointed and lose interest.

@usedbooks - I definitely like some nobility - or attempted nobility in my heroes generally - 'specially nowadays, when the "damaged" types seem to be becoming the norm!"

I started watching End of the F****** World on Netflix because the characters and premise intrigued me. I don't usually like the supremely damaged protagonists but curiosity will draw me to check out the first episode. (I'm not far in but I think they are developing it so one character is less damaged and the other(s) more damaged than initially appears.

The movie (secret organization of assassins getting orders from a loom) is so vastly different from the graphic novel (costumed supervillains have secretly taken over the world and control everything behind the scenes) that I can't fathom why they bothered to call it the same name!! The movie guy isn't near the jerka$$ the guy in the novel is!!!

Agreed, KL - there's definitely a line that will ruin the character as a protagonist, causing people to not care about, root for, or at least be "interested enough" in the character. I remember the movie version of Wanted coming out, though I didn't see it or read the graphic novel. Thanks!

I can handle a fair amount of 'damaged'. Indeed, there's gotta be just a little or the character isn't all that interesting! But you can certainly go too far... I read a graphic novel a while back called 'Wanted', where a selfish, murdering, unapologetic psychopath is the protagonist. I don't think I've ever despised a protagonists more...!!