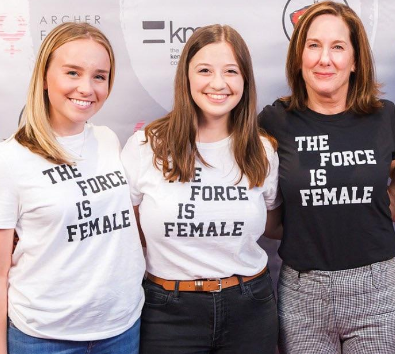 Yesterday, Mks_Monsters asked me to talk about an experience of hers, which I have seen being shared with a range of creators belonging to certain social groups (female, LGBTQ, POC, etc) if their occasional tweets on the matter are to be believed: That support for them on the basis of belonging to a certain group doesn't come unconditionally. It comes on the condition that they create a specific type, genre or content type when they are making their art. Otherwise, they are not picked for features, promotion and general exposure to the greated public. (Find Mks_Monsters' thread on the issue here on DD )


It is true that, as is the case with mainstream trends, editors and reviewers pick the titles that will have the greatest probability of attracting and keeping the interest of their audiences. And usually, those titles conform to certain mainstream expectations that ‘make the cut’ for what is considered ‘good’ or ‘worthy of attention’ or ‘progressive’.

Especially in our time and age, the ones that manage to secure the coveted title of “Progressive Work” seem to be more likely to gain the limelight, at least as far as the art industry is concerned (there is feedback that this might not be a guarantee that it will also secure sales or popularity with readers). Such gatekeeping, so to speak, even has occured in huge deals and gigs, such as being hired in the big two of the mainstream comic industry or landing a job with superhero movie teams and Star Wars (too soon?).

In Mks_monsters' experience, female creators are supported only if they create certain specific content- romcoms and steamy lemon-esque female or queer-led comics. If the lady creator has picked some other type of story and genre to explore, they get the silent treatment and of course, no support despite having the proper anatomical prerequisites for said support.

In the same vein, it might be that creators in mainstream comics get deals only if they are keen or willing to create a specific type of cartoon or a specific type of theme and character range, because by dabbling in these only can they prove they are progressive, and therefore appropriate for the position in question (be it promotion of their work or hirings or whatever).

In previous eras, the same could be said for creating propaganda comics, or pro-war comics, or comic where the Russians, the communists or the vaguely mediterranean or asian guys were always the bad guys and ladies where cheering on for their man, or zombie and science fiction, or gender-targeted stuff… but perhaps back then, there was no declaration of support for certain groups of artists regardless of what they choose to create, only to in the end do as every other gatekeeper of the past did: choose by product specifications.

Or is it simply that along with the art product, now the artist is also the product, and such gatekeepers are simply looking the right creator making the right thing they need to suit their PR needs?

I'd love to hear your thoughts in this, your experiences and have you add to this conversation.

I agree with El Cid. It's okay to let the 'identity politics' pervading the U.S. and the first world filter into your art, writing, etc... But then, you kinda have to accept that those who are against that identity might not like you as much. The Dixie Chicks were a good country music group; that they were all female didn't matter at all. But then they started bashing George W. Bush and his politics on stage, then got their feelings hurt when pro-Bushers (which was a LOT of their fan base) started attacking them. Maybe you shoulda just sung your songs girls!! But...you really can make your progressive views part of your act. It helps if you're very good. I've loved the group U2 since the 80s, and they've never NOT involved activism and politics in their music and concerts, and they're loved by millions! It's fine to take a stance! Just have to be aware that, by it's very nature, a 'stance' is a stance because many people are against it, and you're gonna get blowback!

If you're really good at what you do, then nobody cares about your social group. Clive Barker is homosexual, but he's been tremendously successful doing mainstream horror and art. He doesn't just do gay horror. Any time you market yourself to a certain audience, you make yourself captive to the whims of that audience. When you try to parlay your identity with a given social group as a marketable trait, you are also telegraphing certain expectations about yourself. If you aim to be known as a 'good LGBTQ writer,' as opposed to just a 'good writer,' and want to appeal to the LGBTQ audience, that will open a lot of doors for you, but you have to also accept the constraints which come along with that. That's a choice you have to make; if you're not okay with it, then just do the art you're happy doing and do it well.

Just the other day I was perusing a different comic host's forums and people were asking about "popular comic genres" to make in order to gain fans/views. Basically asking what to draw in order to be accepted. BL is quite big on this particular site, and people are, so to speak, jumping on the bandwagon. Comics about the LGBQ community, different races, genders etc.. are progressive, and amazing! They are stories that need to be told; BUT people should also be able to write whatever the heck they want, what they are passionate about, and not what is "popular".

I read this and thought "Ugh!" Yes my thoughts are THAT eloquent 🤣 It's such a silly thing and the very opposite of progressive. You put it better though.

Personally, I find the range of subject matter and characters that are generally expected of female creators is too stifling and simply not what I want to do. Military scifi and history, whether true or alternate, have always been my happy places; I have nothing against rom-coms and lemon, if you like that, go nuts, but that's not my thing. For all too many companies, PR and ticking the right boxes have become more important than making products that people actually want, and that way lies the ruin of many a business. I could go on forever on this... just don't make Mommy get her switch.

Last post was about shortcuts in creating comics, so this one is a good follower, because it's about the other kind of shortcuts - because preconceived ideas are psychological shortcuts that, alas, everyone uses to some extent. No matter how open-minded you are I'm prepared to bet there's no one who has never had this "Well I never!" moment when you look at the profile of a comic creator where he or she turns out to be totally different than you imagined. Just like there's probably no one who has been doing comics for some time and hasn't been pigeonholed in a sometimes quite weird way. And it does suck! All we can do is to try and stay conscious about this at all times and remind others to do the same. so it's good you're bringing that issue to the front.

It's my pleasure! Newsposts should be about things we're dealing with or care about.

THanks so much, Tantz. And I'm glad many people share my sentiment.

Also, the demographics of creators should never matter, but unfortunately that isn't the world we currently live in. If a gay black woman wants to write white male-dominated action-thrillers, her work should be regarded equally to that created by anyone else. I wish creativity wasn't so throttled. I wish the majority of our population wasn't ignored or expected to adhere to their own set of norms just to be accepted (even by "their own" communities).

On the other hand, it irks me to see creators frivolously exploiting topics or creating token characters just to take advantage of trends/interests/passions and exploit the audience. If you write a good story and write good characters, the demographics don't matter but they should be part of the character. (I am torn because while pandering and exploitation suck, it is wonderful that more people can find protagonists that represent themselves in the mainstream now.)