Points of View - Propaganda and Marketing 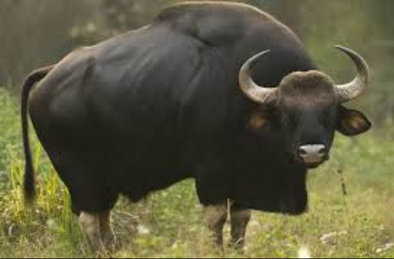 There are endless points of view out there, and everyone on the Internet can have a voice.

We talked on a Quackcast some time ago about agendas and anvilicious messaging in some movies, and other fiction.

I've become interested lately in the marketing and messaging involved in movies and entertainment as well as politics. The hype surrounding some of the biggest movies and then the managing of audience reactions and controversy around these releases is pretty fascinating. Not necessarily a positive sort of fascinating, but fascinating nonetheless.

There are similar machinations at play in the world of politics, that are just as fascinating, but with higher stakes that make them more worrisome and scary.

Commercials are trying to sell us stuff. And the propaganda arms in politics, business, and entertainment are selling us stuff, too - and sometimes selling us a point of view.

Watching some of the efforts to explain away issues that people might have with movies and politics often reveals twisted logic, and this increasingly used technique of blaming audiences (or citizens/constituents) and hanging labels like ‘sexist’, ‘racist’, and ‘foreign collaborator’ on any criticism of the status quo (or the latest Star Wars movie!)

When high profile news people and entertainers are brought on board (or critics and bloggers), it can give me a creepy feeling. Intuition is sometimes all we have to go on. And if we're being beaten over the head with a message constantly, it can drown out that little voice inside that tells us something's not right.

And questioning what you're being told does not make you a racist, or a sexist, or a foreign agent! 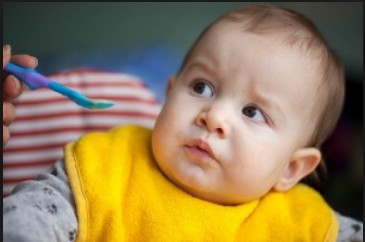 Different points of view are healthy, and it's a beautiful thing to have discussions, consultations and even disagreements over all kinds of issues - having a point of view is excellent!

But an agenda? A dishonest take, based on serving some powerful interest? That creeps me out!

Here ends my little series on points of view!

Take care, and have a fine Thursday!

I shouldn't drink mass amounts while on here should I? :D

Remember once upon a time when they'd show a rough cut of a film to a targeted test audience and then make changes based on their comments? Do things like that long enough and you can anticipate what the audience wants and skew the content to get the required point of view across. Tell a lie long enough and loud enough and it becomes its own truth.

@Banes,Kim: It's a great challenge, no doubt! I think it's not just that a consensus on what is hate speech is difficult to attain (great example, Kim!), but rather that the very same expression can qualify as hate speech when posted by an orchestrated "troll factory" but as free speech when posted by an individual. While there may be absolute limits (e.g. Germany's stance on Nazi-symbols and the like), I believe we should be far more lenient on individual expression than on propaganda. @Banes: Heyyyyyy, nice to see you too ^___^

Points of view helps me develop new characters for my story. I love it

@Banes: there's too many examples from history where the equivalent of that has happened to believe it wouldn't happen again if we allow it! And it's so ironic, sometimes!! In the name of protecting freedom and liberty, we take away freedom and liberty!!

@KimLuster - I agree with that, and my cynicism also makes me believe that "fighting hate speech" can and would be used as a smoke screen to limit criticism of government/the Establishment. We need free speech. Let people be heard - and let them be laughed at or debated down when their speech is wrongheaded. Direct threats of violence - no. But free speech is important to not shut down!

@Abt_Nihil: it's an incredible challenge, esp. with what classifies as 'hate speech' broadening more and more (I've came across where even the suggestion that transgenderism might be at least partially personal choice (ie. not totally biological) is labelled as hate speech). I truly believe it's impossible to 'police all hate speech' without limiting free speech to some extent. How much are we willing to allow to be taken away? We may find out! It's a lot more lumped together that any of us wish, I think...

@Abt_Nihil - Shenanigans between powerful countries I can believe. Of course! What bothers me is the hyper focus in the media on the Russia story. There are so many things they're NOT talking about. I believe the endless Russia talk (with a short break to discuss Stormy Daniels) is partly to avoid talking about other things that are just as important or more important. Nice to see you again, Abt! It's been awhile!

Zaptoid has given us pearls of wisdom worthy of a Larry King and his random thoughts, or maybe a collection of sniglets. A force to be reckoned with (or perhaps locked away)!

Banes, Kim: Russian interference clearly seems to go beyond posting some stuff on the web. See https://www.newyorker.com/magazine/2018/03/12/christopher-steele-the-man-behind-the-trump-dossier Also, in response to Kim: There is a difference between orchestrated hate speech and the like, posted by fake profiles, and the free speech of individuals; and while it may be a challenge to "police" the web to get rid of the former while not suppressing the latter, I don't think it should be so easily lumped together.

KIm doesn't want to discuss what will happen here Friday with me...well...Quakcast will tell..for cash

You guys... :) @Banes: Oh I have pretty much zero doubt Russia tried to influence our elections, and maybe succeeded to some degree (and don't think for a second the good ol' U.S. hasn't influenced (or outright manipulated) elections in other countries), but Russia did it in ways that the only way to really stop is to curtail certain freedoms we enjoy (a tighter internet, more control on the media...) and despite all the wailing, I don't think any of us really want that!!

Stay tuned for Quakcast...you will be amazed,,,unless banes lets you down..remember,,Zaptoid this Friday... plus jerky treats..

Banes has left.. I'll expect my Quakcast this Friday...don't be late.

I'll pretend that I know who Poptarts is..yeah....great Rapper..