How Horror Can Make Us Better Writers by El Cid 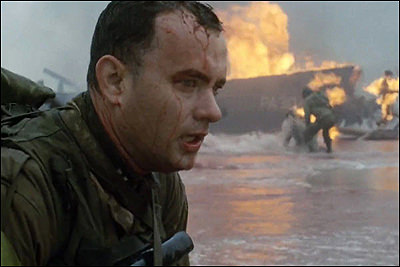 This is a guest post by El Cid, who was kindly enough to write one for us.

I don't personally view horror so much as a genre, but rather as an ingredient. A little dash of horror can spice up just about any dish. The harrowing battle scenes in ‘Saving Private Ryan’ and ‘Starship Troopers’ are as memorable and effective as they are in part because they're so terrifying. It's hard to watch them in a completely detached fashion, because the imagery hits you at a deep, visceral level.


That's what good horror does: It puts you in a place where you can't say “It's just a story.” Because you feel it. Sure, you may know that you're not really storming a beach with machine gun bullets whizzing past your ears, or being stalked by some misshapen lurching night terror… but your body doesn't know that. Those feelings are real, and they make the experience something tangible, something more than the sum of its parts.


I began my webcomics career (air quotes optional) pushing people's buttons with lurid tales about murder, monsters, and mayhem, and I still approach my slightly-more-mainstream work today from the perspective of a horror writer. If a scene is going to be effective, I want the reader to feel involved, rather than be a safe bystander. They should never be able to “just” look at a page and move on unscathed. Including humor or witty banter in dialogue can make it stick more, because it elicits a reaction from the reader and involves them in the dialogue. They're no longer just reading; they're vicariously sharing a laugh with the characters and connecting with them. With action sequences, I like to choose a camera angle that puts the viewer in harm's way, even if it's not necessarily the best view of what's going on. The aim is to get the reader to “feel” more of what's going on, rather than detachedly cataloging the events and moving on. If you can't get the reader to linger at least a little bit on each panel, then they're only getting half the experience, if that.


So, have you learned anything from horror that you find useful for your webcomic?

I'm not sure why, but there's something that fascinates me about when they get away with putting scary stuff in something innocuous (Like "kids" movies or games).

It's interesting that, of the various forms of creative media, the written word probably does the best job of immersing readers, despite not having any visual component whatsoever. I think that's because it causes the reader to create everything in his or her head, and so therefore they really do experience subjectively what happens in the story. It's real in a certain way. Comics, because they show what's happening visually, place the action outside of the reader's head. So the challenge lies in finding a balance between showing enough that the reader can follow what's happening, and not showing so much that they can entirely separate their subjective immersion and become a bystander rather than a participant. That's not easy to do.

The most primordial and strongest and therefore most relatable emotion is fear, closely followed by lust (it's a stiff competition, you might say XD). Virtually everything I draw and write these days is All Ages stuff, but that doesn't mean I could or should ignore this basic truth; quite the contrary! In fact, I quite enjoy the challenge this poses. Apart from that, horror, as a genre, is the best teacher both for how NOT to show too much and most importantly for how to get your reader's imagination really going. Well-written children's fiction does just that, only differently.

If by learned anything from horror you mean the horrors of reality then believe me: I should have a bloody PhD. -_-

Good points made here - definitely the primal nature of a horrified or anxious reaction can make scenes like that the most memorable in a story, even if the tale is outside the horror genre. The few times I've gone for suspense in my comedy series have been some of the best scenes!

The 1st new issue I'll be posting will be a horror themed issue. It's fun to try different kinds of stories and horror is a tough one in this medium IMO, so I hope it comes out well!