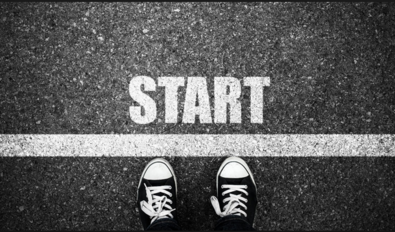 One of the great things about the original Star Wars movies was the strong sense of a grand, adventurous, and terrible history before the movie started. So much is hinted at through Obi Wan Kenobi about the Jedi Knights, Anakin Skywalker, great friendships, laser swords, and terrible war and loss.

That stuff captured my imagination so much, back in the day. And one of my favorite parts of the original movie is how much stuff is going on with Alec Guiness' face in all of his scenes. The guy was an incredible actor. I don't know how much of the history was given to him other than what he says in the script…I suspect not much. But his face tells a whole story that we didn't see (well, we saw it later in the prequels of course).

The small smile he gives to Darth Vader during their duel as Luke and friends make their escape and Kenobi allows himself to be cut down is so compelling. There's so much going on there.

It's the idea of history in a story. Stuff we never see, but is hinted at.

Breaking Bad had it, too. We are eventually given a couple flashbacks of a younger, happier Walter White, but how he left his promising career and lost his way is either only hinted at or told from Walt's bitter point of view (and that show was sophisticated enough that one character's memory/pov on their own past is not objective - just like in real life).

I really, really love stories that begin with a history behind them. A history that doesn't have to be spelled out completely.

In my own comic, Typical Strange, I took pains to create a bit of history. Nothing too elaborate, but enough to make me feel good about it. I knew the store had a previous manager who left the store and hated the place, and that Penelope had had some unusual adventures before returning to her brother and friends.

When the story begins, there was stuff we didn't see. And those elements have come back to effect the characters in ways that were quite satisfying (to me, at least). I have dropped some subtle hints about the characters' families and stuff here and there, too, and am excited to see those things come to fruition.

A story that feels like there was something happening before we started reading or watching is almost crucial, actually. It leads to characters that feel more real, and a world that feels ‘lived in’.

What do you think? Is establishing a reality “before the beginning” important in your comics? Do you appreciate that sort of thing and miss it when it's not there?

Great topic. I've said numerous times before that I'm a big fan of Hemingway's Iceberg Theory; in a nutshell, the storyteller should only show about 1/8 of what's going on explicitly and leave the other 7/8 to subtext--the little details that hint at deeper things. The trick to using this effectively is for the creators to know this deeper history and how it affected the characters and world so that they can emote/display those minor but significant details to give you a bit of a glimpse of what's under the water.

@bravo: " that's not even going into the 30,000 + years of history going into the Aordians a part of which is related Sword of Kings!" Whoa! That's a BIG backstory XD

Agreed! In Typical Strange, we can feel there are a bit, no, a lot of history. behind the characters. The writer shows this backstory through characters' behavior. For me, it's the smartest way to show a backstory, because behavior can be easily digested by the readers. " Is establishing a reality “before the beginning” important in your comics?" Definitely. This rule is present in 9/10 books I read about creative writing. Character reality establishment allows the reader/viewer/player to understand the reality before it blows up (In a 3 arc story, the 1st arc should have world/character reality establishment).

I'll second that, Banes. Adding these "first three episodes" to Star Wars kind of spoiled just what made the original movies so great. This said, these new films do have some memorable moments, and if George Lucas had only wrapped them into an unrelated story that just shares the same universe, they might have gained a lot. Star Wars I-III are a major reason why I vowed to myself never to make prequels to anything ever. I love making extensive backstories for my characters, and I know how it can feel like a waste when you know you'll get to tell practically none of it. Still I won't do it! I sometimes use flashbacks in Master the Tiger, but these unconnected short glimpses from Gundula's life usually just hint at even more skeletons in her closet instead of revealing anything much. Also, I try to practise what I preached above and use parts of it as an inspiration for a fantasy story - providing I ever get around to finishing my rough draft. But prequels are out of the question for me.

I agree, history we DON'T see is often more compelling, as long as the hints are good enough... I'll use this opportunity to rant that you don't need origin stories all the time when introducing compelling characters, we don't need to see what went on before. The first Starwars film shows us the star of Luke on his adventure, but we don't meet his mum or see him as a little kid or even see him becoming anything great, he just joins the rebels, uses his flying skill and the magic Jedi stuff that he picked up from Obi-wan.

The Godstrain started with a good bit of after-the-fact hints. I plan on showing some 'flashbacks' in a coming chapter in a coming chapter of Godstrands, but you're right in that the hint of a interesting backstory often carries more weight that showing the whole thing! The Star Wars prequels probably revealed way too much!

I have tons of backstory that I probably won't ever even get to show if I somehow managed to complete my entire story! With a comic that has the name Legacy you can be sure there will be much that happened before the events. The Devon Legacy isn't started by any characters shown thus far. But from 2 generations back. So yeah, it's super important to set that up for any story driven comics.

My entire concept for Used Books is that it is an "after" story. It's following the lives of people following a grand crisis/saga that's curtain fell several years prior. Each character had a role in that saga -- or their parents/predecessors did. (I kinda worry that I should be telling THAT story rather than this one. It was a grand adventure, while the one I'm telling is one of recovery.)

I have time lines and notes on all kinds of things. But I always leave room for special incidents that go unmentioned until there's a trigger. And there are reams of scripts about a lot of it (at least for Belle) I've only hinted at her sisters so far and considering that comic is a retrospective of sorts-- a lot of it is "WHAT CAME BEFORE" but there's "what came before THAT--" too. There are several back stories that are hinted at. One more was written but probably won't be produced. They set up the relationships that evolve in the course of the comic. If I ever get to it. And then there's SoK. That has some flashbacks to tie past and present together because the past reflects and influences the present greatly in that comic. There are times I have trouble keeping it all separate and how much is really necessary to the current plot? Do I really need full blown flashback narratives or are fragmented hints, bits and pieces sufficient?

First thing I thought of was Indigo Montoya going "Back to the beginning Viccini!" in "Princess Bride" He's referring to a beginning outside of the movie. Art imitates life, and unless the story starts at the creation of the universe there is always going to be "WHAT CAME BEFORE..." It's a big part of world building. Look at GoT! They're planning no less than 6 possible prequel series? The last two incarnations of Star Trek both happen before ST:The Original Series. (The underrated ST:Enterprise and this ST:Discovery thing I haven't watched). And yes there is plenty "before the beginning" in my comics. Several failed romances (Interstellar Blood Breasts and Attack of the R--) Lon the Grey Guy's criminal career before the beginning of Tales of SIG. Belinda Brandon's (her sisters and Aunt Trish, mom and dad) family history alluded to in Belle's Best "Aunt Trish" and that's not even going into the 30,000 + years of history going into the Aordians a part of which is related Sword of Kings!