Gambit and Rogue Taught Me Everything Worth Knowing About Adult Relationships 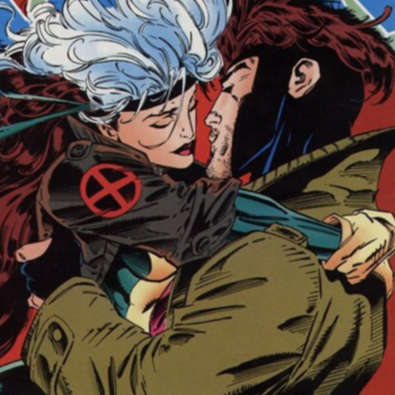 There were a few romances in the Uncanny X-Men series from the vanilla romance of Scott Summers and Jean Grey, to the mysterious love story between Havok and Polaris, and the drawn out love triangle between Wolverine and Jean. But the one romance that constantly tortured me with comic covers and plot teasers was the love story between Gambit, the card throwing Cajun, and Rogue, the Southern belle with the unfortunate power to hurt anyone who ever gets too close to her.

Gambit was a man who wanted what he could not have. Rogue would absorb the powers and psychic energy of anyone she touched without a glove. Although they were both very careful with this rule, it felt as if Gambit did not mind having Rogue absorb his power.

Rogue was great at quick jabs and sending the message that she was not very happy with Gambit. In turn, Gambit read her spicy comments as very positive and used her words in order to flirt back.

There was always an episode or two that entertained the idea of the two characters’ interactions if they lost all their powers. This allowed Rogue to see what it was like to interact normally with Gambit.


It turns out that Gambit and Rogue were married last year in a surprise wedding after more than thirty years of being friends.

HyperFabMag has something to say!

Hi! Next friday, August 16, the final page of “THE ADVENTURES OF KEVIN KID” issue #1 will be posted.

Ugh. Rogue and Gambit are one of the worst, most abusive relationships in existence and their surprise marriage is a desperate publicity gimmick, just like superhero comic book weddings always have been. Of course, no one has anything to say about the incredibly gay subtext of Gambit, especially considering the origins of the character's invention...but why worry about that? Let's just shove together two characters in an overly-facile way because people misremember a mediocre cartoon that barely used one and overused the other to a ridiculous degree! That being said, I really sincerely hope that you are learning about adult relationships from other, healthier, actually mature and nuanced relationships that involve two real people with levels to their identities.

I just hope Gambit doesn't sell this marriage to Mafisto to save some family member's life for a day. No, I will never forgive Joe Quesada for Spiderman: One More Day, I can't blame JMS (the writer) for it because it was an editorial mandate and he didn't want to do it anyway.

I guess I never got to their relationship in the comics—in the cartoon series that I’ve seen (Wolverine and the X-Men, X-Men Evolution) Rogue and Gambit aren’t a thing, and in the movies it’s Rogue and Bobby? 😦

Gambit and Rogue came a bit after I’d stopped reading comics, though I knew about it vaguely. I love these superhero weddings that can happen after a multiple-decade friendship and courtship!