Should the Past be Edited? 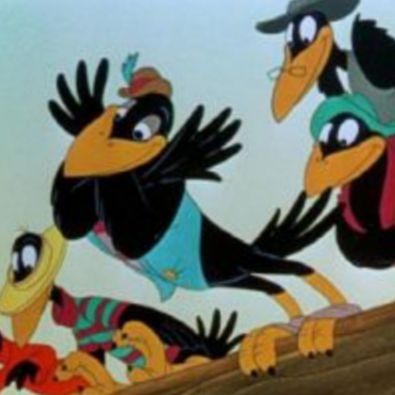 Last week I wrote an article about the Siamese Cats from Lady and the Tramp and several commenters brought up the jive-talking birds from Dumbo as something that was once acceptable and is no longer acceptable.

The most recent Tim Burton Dumbo cut out the crows entirely, but then there was a question as to whether Disney was going to keep the crow scene in its original form when it was released on the newest streaming service. After researching several sites, some people wrote that Disney was planning to cut out the scene entirely. Another site wrote that they would keep the scene intact with a disclaimer that said, “it might contain outdated depictions’. In the end, I watched the original crow scene in it entirety and Disney kept it in, which in my opinion is better than editing out the scene and pretending it never happened.

No. If editing the pass happens , it would mean deleting history. Just because something bad happen to protect the sensitive nature of today’s human would not let us learn eveything. Racist or not, hated or not, genocide or not, editing the events is deleting history. It happened and was recorded. Removing those horrible things will not change the past. Leave it be. Dumbo should not have been remade. Neither should old cartoons that was racist to what was at the time to be “normal”. We change and grow with every generation. I new version of Dumbo would have been better. Like Dumbo’s daughter and son, twins. As flying elephants in the modern age circus .

I do think that these depictions need to be preserved. By editing what actually happened, you're not doing anyone any favors; you're just as good as pretending it never really happened. I don't think the Disney disclaimer is dismissive. It says what it needs to. People need to do the extra reading to learn more, though I agree it should certainly be mandated that students are taught about the ugly, unpleasant aspects of the past instead of glossing blithely over it as is commonly done. It's unnecessary to hop on a (typically disingenuous and insincere for corporations) soapbox for a disclaimer that most people won't pay close attention to. If you doubt that, when's the last time you cared about one of those warnings before videos about not duplicating videos or playing them for an audience, etc.? But I think if we let these depictions speak for themselves and inform our audiences, we can let their examinations develop a more enlightened mindset. At least, we can hope.

No. Let the past be and if it really bothers you, create something new and better

No. Next Question. :| (Warner Brothers did it right.)

I think keeping these historic pieces of art intact and adding the disclaimer is a good way to go. To pretend they never existed seems wrong, as usedbooks cites.

Warner Brothers has the best disclaimer and message about its past cultural insensitivities: "The cartoons you are about to see are products of their time. They may depict some of the ethnic and racial prejudices that were commonplace in American society. These depictions were wrong then and are wrong today. While these cartoons do not represent today's society, they are being presented as they were originally created, because to do otherwise would be the same as claiming these prejudices never existed."