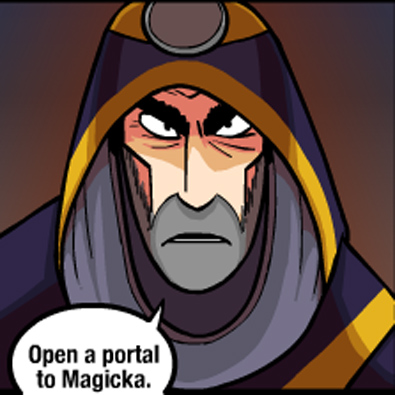 Dark things are afoot in the land of Aikonia. The rift between the higher plain has been breached and now staff and students at the magical university are behaving very strangely, dangerously, even murderously… Evil stalks the halls. But who's behind it and what do they want? If something isn't done before it's too late the consequences could be disastrous! Aikonia is a fantasy, mystery, drama comic with a heavy emphasis on magic. It's professional drawn, heavily stylised and in full colour. It's a rollicking story and a real page turner.