Salvaging the Antihero and the Art House Hero 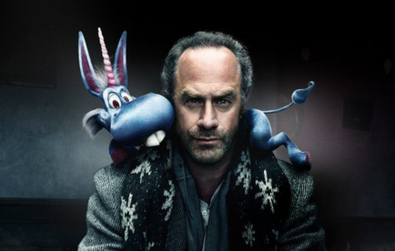 We've talked about antiheroes multiple times around theduckwebcomics.com of course.

One of the programs was a series called ‘Happy!’ and the other was the movie “Inside Llewyn Davis” by the Coen Brothers.

Spoilers ahead if you haven't seen 'em! 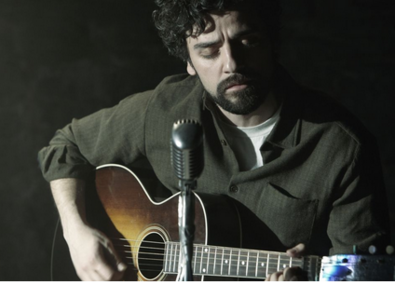 Llewyn Davis features a sullen, somewhat selfish and thoughtless protagonist who is struggling to make a living as a folk musician in the pre-Bob Dylan 1960's. He hurts the people around him a fair bit.

Spoiler here: at the end of the movie, he hasn't changed all that much. It was a good movie, with interesting, sometimes odd characters but it left me wondering “so…what becomes of this guy?” and also “why did I care enough about this dude to follow him through the whole movie?”

Llewyn is what I would call an “art house hero” or “indie-hero”. There's not a classic character arc there, really, and - just in my opinion - this might make him a less likable hero for most audiences. You sometimes see beloved characters in popular hits who don't have arcs - but in a character study like this, it's more likely to appeal to a smaller audience. (though bigger in this case, since it's a Coen brothers movie). 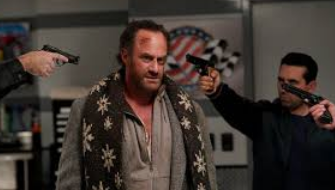 Nick Sax in Happy! (based on the comic by Grant Morrison) is more of a noir hero, though a bit darker and more grimy than many. He's a drunk, a hit man, and pees out in traffic much to the disgust of the people around him. He's a fallen hero, though the flashbacks show that he was never all that perfect (though he was a pretty good cop I'd say).

Nick has more of a traditional arc - he never becomes Mr. Perfect - and we wouldn't want him to! - but he follows the heroic journey that is more appealing to more people I'd say.

…however the show Happy! may not be for all audiences either. It's very weird in some ways - just not the character arc.

So how do these characters become likable? Or likable enough that we're on their side over the course of their stories?

Well, in Llewyn's case, he's introduced to us waking up after crashing at his friends' apartment, and accidentally lets the cat get outside. Locked out, he takes great pains to catch the cat and hold onto him until he can deliver the little guy back. My theory is that this opening is essential to the audience being in Llewyn's corner over the course of the movie, when we learn more about his flawed character later. 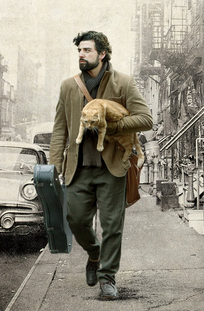 Nick Sax uses the more traditional approach to a fallen antihero type - he's funny, and he's REALLY good at kicking ass. I've noticed this combo used very successfully in creating likable antiheroes. It's also been attempted and failed, for two major reasons: the material, or the actor, makes quips but is NOT FUNNY, or they are tough and kick ass, but they're TOO tough to be believable, or they're not flawed enough to have that noir edge.

So…how do you make the unlikable character likable? Or how do you like to see it done?

Have a fine one!

I’m a little old fashioned but sometimes I like a good anti-hero. One of the main characters in my comic is an antihero. I guess to make an anti-hero likeable first of all you need to make him relatable, or at least entertaining. For my anti-hero I made him a kind sensitive man who is constantly skirting the law because it’s pretty much all he’s ever known and he convinces himself that he needs to do these things just to survive.

I really enjoyed Happy! Nick was a walking scumbag but fun to watch. Syfy channel has been making lots of dark series lately. "Blood drive" was another fun series, the lead girl calls the lead male Barbie because he is such a nice guy but as the story progresses his personality takes a turn to more of an antihero, maybe even villain