How Realistic Can Animation Be Before It is Not Considered Animation? 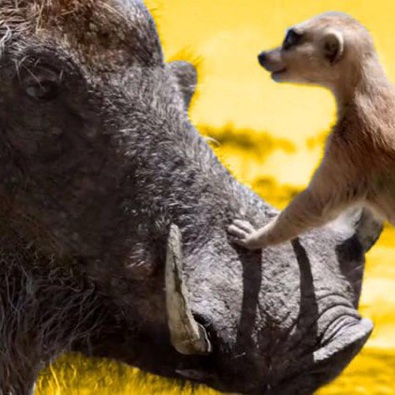 In an attempt to cool down during the heatwave that has taken over two-thirds of the country, all Saturday was spent at the movie theater watching Toy Story 4 and the new Iive-action Lion King movie on IMAX. Toy Story 4 picked up where Toy Story 3 left off and brought a fresh story to the series that brought on nostalgia as well as a new purpose for Woody, the most famous, self-aware cowboy toy. The Lion King, now looking like a National Geographic documentary where the animals talk used a refined version of computer animated 3-D renderings that is enough to fool the average viewer to believe real animals were used in the film.

While Toy Story 4 and The live-action Lion King both fall under the umbrella of animated Disney movies, the Toy Story series art style reflects the first full length feature film from 1995 that used 3D characters and The Lion King shows the amazing progression and evolution in 3D Design over the last twenty-five years.

While animated features are thought to be cartoonish, and aimed toward a younger audience, it is uncertain to know whether realistic portrayals of real animals is going to be considered to be animation or if it is too real to be grouped in the same category as other animated cartoons.

Will The Lion King be included win Toy Story in next year’s Movie Award season under the Best Animated Film category?

I'll agree with everyone before me, that if it's animated, it's animation. Period. I'm also generally not hot about this trend- the new Lion King is uncanny valley material for me. But perhaps later on they'll make a national geographic special where the animal actor faces actually emote.

And then you have to factor in that, with things like digital de-ageing, some aspect of the live action actors is CG. On the bonus features for the second (very disappointing) Sin City movie, they show the entire movie minus CG effects and it's pretty much green screen EVERYTHING. In her nude scene, Eva Green is wearing a green jumpsuit from head to toe and they CGI-ed in a digital nude torso for her.

Like fallopiancrusader said, animation is animation regardless of style. For comparison, just because someone paints in hyperrealism, it doesn't turn a painting into a photograph. A better question would be what percentage of CG in a movie qualifies it as an animated film? Does a single live actor acting on green screen qualify as live action? Or can we call the entire Star Wars franchise animated at this point?

I would have to say that the Lion King movie is absolutely animation. The etymology of the word "animation" comes from the Latin "animare," which means "to impart life." (Which, in turn, comes from the Latin word "anima," or "soul.")So any process that imparts (imaginary)life to inanimate drawings or 3D computer models would be animation. If the illusion is good enough to fool the viewer into thinking that it is reality, then it's just a very sophisticated illusion.

I'm reminded of a book about the Disney animators of the 30s or 40s being blown away that the dictionary definition of animation was something like "the illusion of life", so in that sense there is no "too realistic".