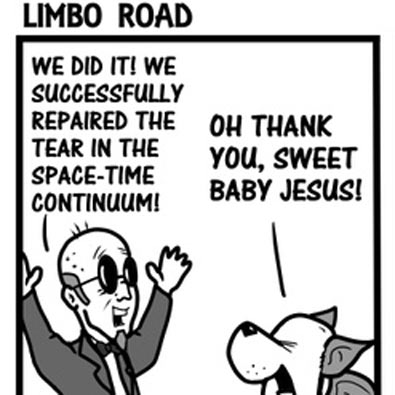 Limbo Road is an interesting little place filled with a cast of colourful characters and the dumb things they get up to. Doctor Faust for instance: he's the resident mad scientist, he routinely finds himself creating sassy, smart talking animals like Panda-bat and a talking turtle with a giant brain. We're slowly being introduced to this friendly bunch as the comic goes on. Limbo Road is a newspaper style comic strip, drawn in black and white. The story style is comedic slice of life and the art style is stylised and funny! Limbo Road updates frequently so it's great to add to your roster of weekly reads!