The Importance of Comedy in Horror 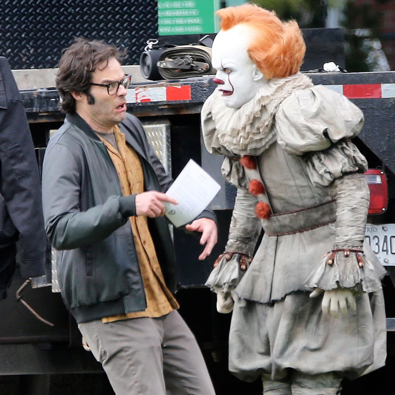 There is a very important relationship between humor and horror.

Bill Hader credits sixteen-year-old, Finn Wolfhard, for his meeting with the casting director in the latest installment of the Killer Clown franchise featuring Pennywise, It: Chapter Two. If that was not enough, he has joked in several interviews how he showed up to work on the first day and all the other seasoned actors other than him had already read the book before filming. Although, it was Hader’s spontaneous ad libbing and natural humor that really stood out in the film.

It is important to be able to laugh during a film. During an interview on Conan, Hader, an avid fan of true crime documentaries, said that the director had to keep telling him to stop smiling during all takes because he looked happy when he was supposed to be scared. Granted, when I went to watch It: Chapter One two years ago, I was laughing during the majority of the film from jump scares to the very gruesome parts. I even considered that I had the emotional wires in my head criss crossed because it was an easy explanation.

It: Chapter Two was easier to get through than its predecessor because Hader continued to deliver comic relief. He did an impression of an iconic Star Wars character during an dinner scene and his character had some pretty self-deprecating lines to lighten up the mood. There is even a behind the scenes photograph taken of Hader laughing and looking casual with Bill Skarsgard, the actor who plays Pennywise, on set, which definitely makes the movie much friendlier.

Yeah, can you imagine Halloween or Friday the 13th with gags or a laugh track?

Horror and comedy don't always work well together though, and while horror productions tend to be among the most pleasant behind the scenes (and comedy is almost always, ironically, the most unpleasant production), the script is almost never suited by comedy unless it's very dark indeed...which is hard to do well. There are too many examples I could list of stories that wanted desperately to serve horror comedy and managed to do neither well, making the overall work disappointing. It's probably trickiest in film, where there are so many considerations and factors and just plain numerous people interacting, which can (and do) have a significant influence on how it ends up turning out.

Bill Hader seems like a great choice to play Richie Tozier. Yeah, Horror and Comedy can work together in such powerful ways!