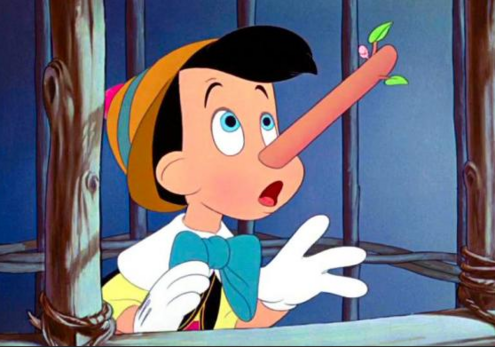 Stories and characters have many contexts where emotion is needed - the happy and sad and angry and scared of it all is a big focus of my own comic drawing - I keep it cartoony (with as few lines as possible) and maybe slightly exaggerated - I don't think I ever go over the top with physics-bending exaggeration.

Drawing one emotion of excitement, happiness, disappointment, fear, sadness or whatever is one thing, and usually simple enough, but what about when there's a second layer required by the story or scene? What if there's a more complicated level to it? That kind of thing is needed on the regular.

Say, if someone is faking happiness, or being sarcastic, or pretending to be afraid, sad, or to be in
love? What if they're lying and you want to show it somehow?

Of course, a liar can say one thing in dialogue, and then a narrative caption or thought bubbles can tell the truth. That's the most straightforward method and probably the right approach in certain situations, but of course, I'm talking about creating this effect without doing that. And that approach strikes me as something that would work against you in many situations anyway - it might do for a complicated spy/espionage thing, or in certain deceptive relationship stories -

But I think it could hurt the likability of the character who's lying. It would come across very calculating and villainous much of the time. Which is fine if that's the effect you want, but not if you don't!

The big method that comes to mind, and that I use regularly, is to have the dialogue not match the facial expression (and body language, but I'm not as practiced at drawing that). So the dialogue will be the fake thing, and the expression will be the real thing. Someone says “Funny,” with a half-lidded side-eye expression and no smile. That right there is rampant in my comics, and can be seen everywhere in cartoons. That expression is often what makes me laugh in a ‘toon.

This would encompass where the eyes are directed I guess. Eyes directed away from the other character (or just pointed to the side and maybe downward) I think would show insincerity or some kind of deception. It could also show disappointment or something - the context of the story and scene would fill in the blanks there in many cases.

As interesting as this is, I believe the budding cartoonist is set up for success in this area: we humans are wired to interpret facial expression and body language to spot these things; that’s a big help to the artist and the audience!

There is probably much more to this! What are your thoughts on drawing insincere emotion, sarcasm and not-being-honest?

Let me know how you do it, and don't lie or I'll know.

My main character uses her skills of deception as part of her job and I can draw this kind of thing quite effectively (or so I'm told), but I couldn't explain how I do this if my life depended on it. It's one of those things where you just have to let yourself be guided by your instincts. Showing deceptiveness in the body language only is a great way to create dramatic irony, you know where the deception is blatantly obvious to everyone but the one who is deceived. I can't stand this in anything other than comedy, though. Anywhere else it either feels too unrealistic or it makes the other character look so stupid that it positively hurts.

This was something I grappled with recently with one of my comics. It was so, so tempting to have my characters talk during dinner and the main character seeing the boyfriends' face giving hints that he had something to hide, but I ultimately decided to cut that part out and keep her in the dark regarding this. All I did in return was to show a slight expression of concern in a single panel so as to make the moment she finds out what he hid from her much more of a surprise to both she and the reader when things do come to a head.

Unless I want the reader knows that a character is lying, I help the reader with some things like you said Banes, either a different speech balloon or something like that. But, the good (and hard) part is to make this stuff with images and body language ;)

I do it very simply in my comic- when a character is lying their words arent "Filled in". instead they're white- indicating emptiness to what they're saying.

You covered it very well. It's in the facial expression and body language. Honesty usually opens up the face, deceit closes the face. Eyebrows up and eyes wide for truth telling-- lying and sarcasm -- eyes narrowed and brows arched. There's also body language. Amazing how we humans pick up on the clues because when posing the figures for a scene I instinctively know the pose to put them in. Look through the lens and the director says "I don't believe you-- more insincerity! Act dammit!"