The Empire Strikes Back is 40 - and More Baffling Silliness from Disney Lucasfilm?

Spoilers for recent Star Wars, eg the Mandalorian.
It went unspoken in my year of Newsposts, but 2020 is the 40th Anniversary the release of The Empire Strikes Back. 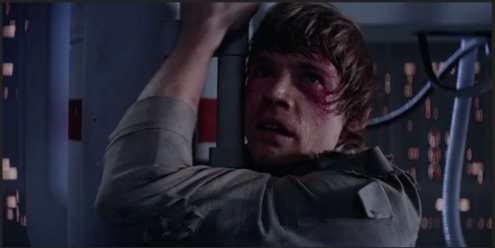 
Though I think of myself as a hardcore fan in a way, I probably don't actually qualify. I don't read the novels (though I plan to check out some of the biggest ones).

I don't play the video games, watch the cartoons or get angry about small inconsistencies or violations of canon or lore. I wouldn't notice those violations, and when I accidentally start watching a video about something like that, my eyes quickly glaze over.

But I have a deep, lifelong love for the first two movies (and Return of the Jedi too, in large part).

Empire was a strange experience at the time - it was a blast to watch, with exciting turns and surprises (including the greatest surprise in cinema history). It was also, for my money, Harrison Ford's funniest performance ever in the first half of the film. Han is as hysterical as he is cool in this movie.

The other storyline, with Luke trained by Yoda, cemented the spirituality of the Force and gave that cool concept more depth as Luke busted his butt with physical training and also facing demons he didn't know he had. This stuff, and this movie, is what I think gives the whole Franchise its staying power after all this time.

As the years and decades went on, I saw many movies and sequels try to be Star Wars and Empire. As far as I can tell, it's never been pulled off to that level - or it wasn't until Avengers Infinity War. That movie became the new Lord of the jaw-dropping cliffhanger.

Anyway, on this New Year's Eve as we anticipate the end of this truly bizarre year and hope for a brighter 2021, I must pay tribute to the long-reigning King of anticipation in Blockbuster movies, The Empire Strikes Back!

STAR WARS AND MANDALORIAN SPOILERS BELOW!

Well, I rambled on there more than I expected to!


I did want to quickly comment on the latest news - with the finale of the Mandalorian season 2 shocking the fanbase (and in a good way this time), the sadness I've felt about Star Wars during the Disney era was given a balm. My only hope for the Franchise personally was that they would somehow redeem the horrendously mistreated Luke Skywalker (yes, that's in my opinion. Feel free to disagree).

I thought if they could do that, it would at least take away the bitterness I feel when I think about where the story ended up in recent years. I didn't think they'd do it, though. And then they did. The Mandalorian did it, or at least took a first step towards it. Hard to say where it will go from here; scuttlebutt is there are two camps behind the scenes and they each have a completely different take on what they want from Star Wars. 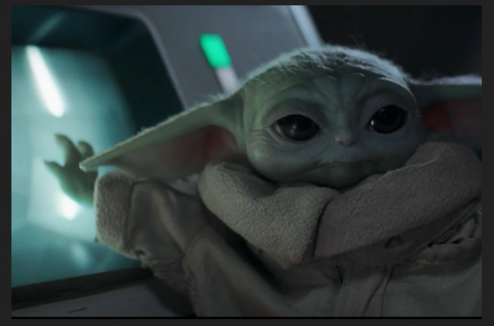 Maybe because of the lowered bar in recent years, the little bit we got at the end of that episode was enough to make me - and many other fans from what I can see - feel a WHOLE lot better about Star Wars, even if I don't continue watching. There was suddenly a LOT of goodwill towards the Franchise again and it's been great to see.

Shockingly, just the other day a private tweet (or something) was leaked that seemed to show a Lucasfilm story executive mocking one of the big Star Wars Youtubers and his very emotional reaction video to the Luke Skywalker scene.

Just like that, we were back to the corporation belittling and hating on its own fans.

It really is a headscratcher. Even if it was meant to be a private conversation, the mentality is completely bizarre. However, it does confirm the suspicion that there are two factions behind the scenes - the folks behind the sequel movies, and the current novels and comics, and the team behind the Mandalorian.

Anyway, like I said, and despite this long winded essay, I don't think I could be considered a hardcore Star Wars fan by most definitions. I consider Star Wars when it works to be fun, pulp entertainment with a sense of spirituality in the subtext. Those movies had to make an EFFORT to put off a fan like me.

USE that built-in love people have for the characters coming in and realize that a lot of heavy lifting has been
done for you! What you need to do is build up to a thrilling, character-and-franchise-relevant entrance for your preexisting characters. Let them do cool stuff - and then take them forward.

This is the Way. 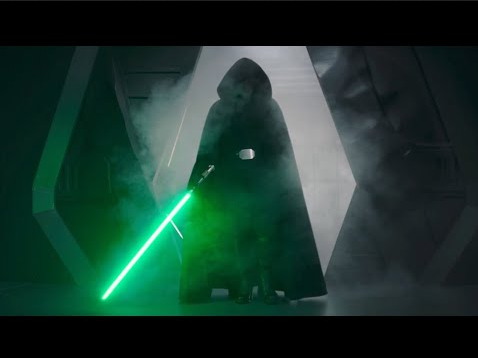 We'll see what happens from here.

May the Force be With You

That was pretty cool Banes!

May the Force be with You, and may the Mandolorian Side yank the series away from the Sequel Trilogy People.

May the force be with you🙏