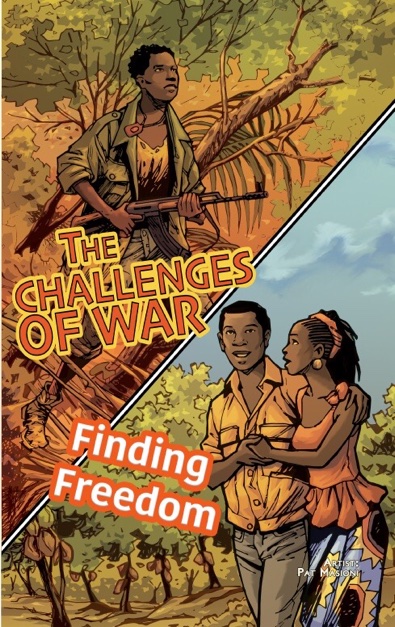 Peace Direct is launching a comic book online that tells the true story about a former child soldier in the Democratic Republic of Congo. He joined a militia to avenge his father's death, later escaped and is now starting a new life as a farmer.

The comic book will be published online on Wednesday, February 12, to coincide with Red Hand Day against the use of child soldiers.

The story focuses on Lembaka (named changed to preserve his privacy), who joined a rival militia when he was 10… “I was looking for revenge for my father's death, and joining them was a way to funnel my anger.” He spent eight years with the armed group before coming back home. He got some help from an organization (one of Peace Direct's partners in the Democratic Republic of Congo) to re-join society and learn job skills in farming. Now, he has a cocoa field and is engaged to be married. 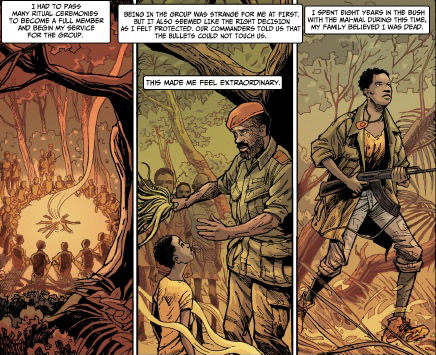 
To Learn More About Child Soldiers

Sweet thank you for sharing this!!