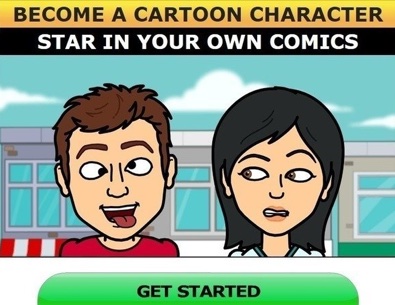 A few years back, a comic app called Bit Strips was very popular on social media. It was a cut-and-paste type of comic creator that allowed an easy way to design a character and create stories or comics featuring the creator’s likeness. BitStrips was popular on social media or used as a tool by instructors to make lessons fun or help teach an important lesson using original text and situations.

However, the company that was founded in 2007 became defunct in 2016 when the app no longer functioned. Users who were so used to the user friendly interface were at a loss. I remember a few people coming up to me (because they knew I had a history of making comics) and asking if I knew of any free comic creating apps that offered the same features as BitStrips. At the time, I did not know of any other apps that could replace BitStrips, but I responded with, “I usually just draw my comics from scratch without apps.”

Comic creating apps can limit the range and originality of a comic story, so I would not recommend them for making a story comic. They do serve a purpose in mini-story telling, and the ease at creation could make it a convenient app for an early beginner. However, the best way to improve as a comic creator is to create each comic strip originally and there will be an obvious improvement over time.

Back in the day we has MS comic chat, with its comic sans speech font. That was used all the time to make pre-made comic strips because that was its exact format :) Bitsrips had way more options for the look of the characters, their actions, backgrounds, props etc, but it looks more cut and paste and more generic for some reason.

How does copying and pasting your own artwork (modified or not) fit in here?

I thought this was an announcement... that you'd found or created the replacement program we've all been waiting for. I am disappoint!

I'm waiting the ap that can draw the picture I see in my mind. ;-)