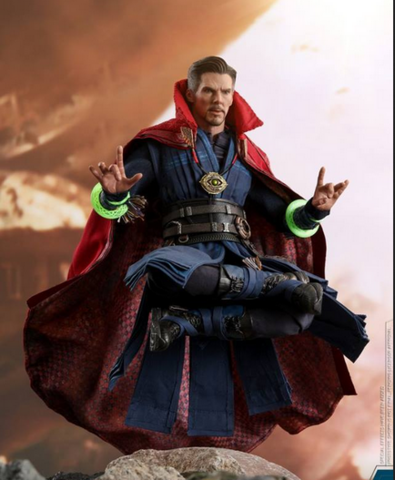 Superpowers coming from magical abilities or fantastic technology are essential to many stories in the fantasy and science fiction genres. They can show up in other genres, too, like horror and of course, superhero stories (are they science fiction stories? Science-Fantasy? Heroic Fantasy? Whatever - most of those folks have powers).

So what are some of the essentials to think about when your characters or stories involve some kind of extraordinary powers or technology? What are the possible trouble spots when writing in these genres?

1. Know your Limit, play within it

It's not just good advice in the casino! Powers make characters fun to create and write. But one of the essential things to consider is this: What are the LIMITS of those powers, magic, or technology? What are the things that CAN'T be done with it?

The more powers and gadgets you come up with, the more limitations you'll have to consider.

Inventing new magic powers or new technology to get your characters out of trouble is the best way to make readers eventually tune out.

The good news is, doing the work of creating these limitations doesn't really hold you back - it actually helps create conflict (the engine of stories)!

If your hero can lift cars, and punch holes in brick walls - but can't fly or shoot lasers, then you'll know that putting the hero in situations where flight and distance powers would save their bacon is the way to create exciting conflict!

Related to the point about limits is the power gap between your hero and villain.

VILLAINS SHOULD BE MORE POWERFUL THAN HEROES!

The hero as more of an underdog is usually the way to go. Even if they have wonderful magic powers or technology that sets them above regular folks, they should be an underdog against they're enemies.

Does the hero have a high tech suit that allows him to, I don't know, travel through solid objects?
The villain should have the same ability, but be way better at it, either because of better, more powerful tech, more experience or intelligence, or having several people with the same abilities on their team.

Of course, the powers don't have to be an exact match between heroes and villains - but the villains should somehow have an edge over the hero.

So if the villains is more powerful, or more capable than the hero, how is the good guy or gal to win?

It's not by virtue of their powers. It's by virtue of their VIRTUES. Their strength of WILL. Or their tenacity. Or the ability to think outside the box. It's their human virtues (that they hopefully develop as the story continues, so they're ready when the final battle comes).


If you're writing Fantasy, Heroic Fantasy or Sci Fi-type genres, having powers with limits, villains who are more powerful, and remember that human virtues will win the day, I think you're off to a good start!

What are your thoughts on writing magic, magic powers, and powerful technology?

I think going about power here is being taken the wrong way. It is an extension of the person personally. Yes it is true that sometimes powers can shape a person if the powers itself is too hard to control. I love super hero/ Villain and shaping the characters. I go about it by taking all powers, magic, Tech and god-like powers in to 1 universe instead of separating each type. As far as relating to the reader I normally just write about everyday life into the story. Regardless of anything, most of us have to go to bathroom, eat, sleep, interact with others like everyone else.

I thought I was creating monsters to threaten the good guys in silly sci-fi parody and then someone suggested that they could evolve over time into superheroes. So it can be all ways. Even them fighting each other. Or tired ing on their creators or becoming spies or law enforcement. And they were only supposed to be monsters. And they're not super powerful so much as a well integrated enhanced weapons system. But it's what they do and how they do it that makes them heroes or villains. And every power has a down side and every thing has its weak points.

One thing I don't like about superpowers is 'measurements', like "he/she/it can lift 800,000,000,000 pounds"... numbers seems off to me in terms of powers or strenght. This could lead to some issues in fact. A good example is the Dragon Ball manga, when the Saiyans appear they use a device (scouter) to track people and measure their strenght. It was super cool to me to see Goku having 5,000 power units vs Vegeta's 18,000 units... and Frieza having 530,000! But, when Super Saiyan Goku (first stage) went to +60 million units, measuring the power turned ridiculous to me.

My biggest issue with fantasy and sci-fi genres (including superheroes) is not being able to relate to characters or be empathetic. Good facial expressions can help, but since I have never felt a blue energy blast or whatever or struggled to mind-lift something, I have difficulty relating to what the person is going through. I also have trouble knowing the stakes involved. I mean, is these fatal? Debilitating? Can you just reverse time at any point? Is it likely someone with the power to fix everything with a giant eagle going to show up so who cares how bad things get? (That said, magical realism is probably my favorite genre at this point, but I am kinda picky about it.)

Having and knowing the limitations of a character's power or powers is indeed important. Long ago I was on a roll writing the scripts for a superhero comic only to give it up, largely because the main character's powers seemed SO cool and unique at first, but were WAY to flexible and WAY to hard to contain within limits. After that I tried writing scripts for new superhero comics with new powers but they all became quickly lackluster to me as I realized the problem with writing superhero comics. The superpowers and what you can do with them always tends to take center stage in those kind of stories and everything else plotwise and character-wise tends to come out as window-dressing, does to me anyway. Because of this I've given up writing superhero scripts all together (For my own part anyway) and I've largely lost interest for most of superhero related fiction (In the mainstream anyway).

Personally, I still don't get the purpose of powers. I mean, I like a lot of fiction with people with powers, but I can't explain exactly how powers work in narrative terms. Flaws make much more sense: X is a coward, but through effort and due to various adventures X becomes brave and therefore wins. This I get. But powers are the opposite: X is super strong. So? Good for him, but how does that create suspance and conflict, or generally a plot? Evidently this works because there is a lot of fiction with people with various sorts of power, but I can't point my finger on the mechanics of it.