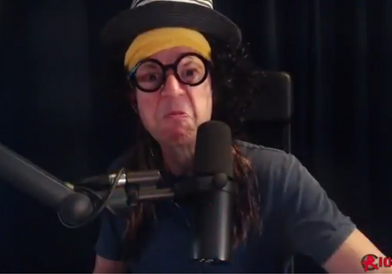 Preserving continuity is difficult with any writing project of length - with the weeks, months or more it might take to write a single novel or screenplay, it can be easy to forget things. So the problem is compounded if writing an extended series comic, TV or web series, movies or books.

“Wait - was the Janet character a painter or a realtor?”

“Did Henry have green eyes, or did he not have eyes at all?”

When I began my series I spent a lot of time building a somewhat involved series of relationships and connections. I knew which characters knew each other before the series started and how some of them met, how connected the several businesses were where the characters worked, and some basics about side characters that would become more important later. I knew some characters were out of the picture at the moment, but would come “back” into the series soon.

After a few years, I've gotten to realize some of these plans, and it's mostly gone well because I had the continuity in mind. Most of the actual stories were not planned ahead at all, but the connections between everybody were pretty well worked out.

As things have gone along, I may have made some continuity blunders here and there, but no big ones are coming to mind.

How do you maintain continuity? Have you ever made a big continuity blunder in your comic? Did your readers notice? Do they bother you when you see them in comics?

Want to thank you Banes for this post. Got me to rethink the continuity of what I'm working on now. I can weave some in that I had already established but forgotten. Friends and I used to watch TV riffing on nonexistent continuity and wondering whether the continuity editor had called out that day. It is a real job and another hat a comic creator wears. In my medium I take lots of set up pictures so there's always something to refer back to.

Even though on my latest chapter I've written it out (roughly), I fail to read ahead and re-interpret the page outline and get things wrong. I did that in Bottomless Waitress too. Thank goodness I was able to save it. I mean, the Polly wasn't supposed to be in her normal clothes in the last two pages. The only way to really maintain things is to keep a written record and then go back and READ it to get where you are! I fail on that.

JEEZ MAN! I feel personally attacked hahahaha! I can't even keep continuity going from panel to panel! It had people changing hat colours back and forth, let alone Pinky's crazy hairstyles haha!

I completely forgot a character who showed up briefly in the first act of my comic, and he's now inexplicably absent in the latest chapter. And it will never be explained, ever!

You mean like having a character with green eyes and then when bringing her back in change her eyes to brown and have to go back and change every previous panel because the eyes were always supposed to be brown and I just sort of overlooked it?

It happens to me very often. Even a simple thing as the buttons of a girl/boy shirt I have to look to my notes to put them on the proper side. I'll work on some reference sheets that include details of every character and even pantones, but that take a lot of time.

Also how you see the character can change. I'd been doing the Mr. & Mrs. Rockhound strips for a year or two and I'd thought up a joke that I thought was too sarcastic and mean for the characters to use. I decided to reread the old strips to get inspired... and I found that I had given them sarcastic and mean jokes before, so I used the 'rejected' joke and no one complained. There's a few other characters where the more I wrote them the more they changed from earlier strips.

I always have continuity in mind, but things do slip. With Albion I have very extensive notes so I hope it will be easier.

My WordPress/ComicEasel site allows for tagging characters and locations. So if I need a continuity refresher, I can sort easily to show all relevant pages/arcs.