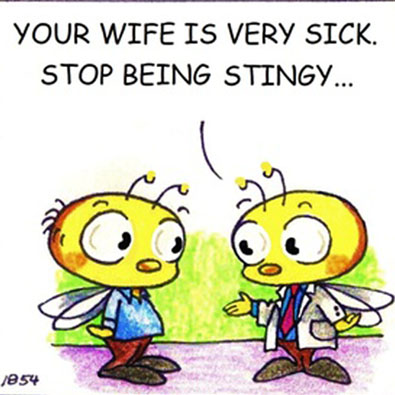 Beeeees! Not the beeees! Abejitas is about a grumpy odd couple of bee people, their daily life and the ridiculous situations they deal with. One wonders how these two ever got together in the first place. The snipes between these two and other characters like the doctor ante hilarious! The art is all analogue, in colour, stylised cartoon characters. The writing style is a three panel comedy comic strip. English isn't Lazarinho's first language and the text has obviously been translated, but the intention still comes across clearly and it adds to the charm.

This comic is awesome. Love it. I do feel bad that the creator went through some of the stuff displayed in it. It’s like watching a comedian telling their life story.