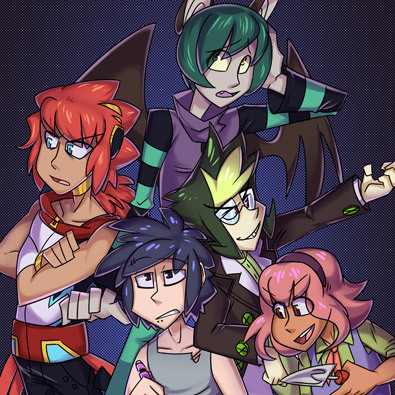 Mason Lannfuil and his big sister Piersa relocate to a strange island together, an island inhabited by monsters! They're mostly friendly, regular people who just happen to be monsters but they're STILL monsters nevertheless. Oh, and there are also plenty of humans on the island too. Piersa won't tell Mason what they're there for, poor Mason doesn't even know much about his own parents! Well, apparently they were famous monster hunters but that's all we know for now. Mason falls in with a conspiracy club in the hope of finding some answers. They're a mixed bunch and might be landing Mason with more trouble than he can handle!
The art is polished, cartoony, cell-shaded, and full colour with some slight manga influence. The story is a mystery action comedy.

It has very polished art 😁

I love the art! I’ll give this one a look!