Analyzing the Tantalizing Myth of the Madonna v. Whore Complex in Characters 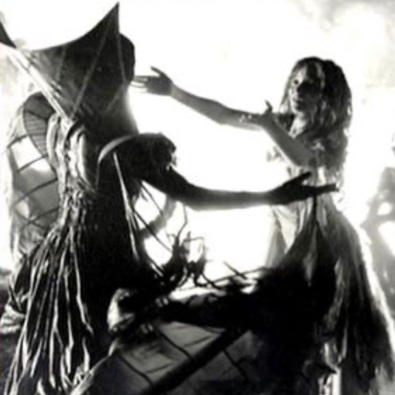 Sexuality is very fluid and for the most part, there has been a societal shift towards a more “sex-positive” society. I digress because, as always, there is always a part of society that prefers to remain conservative. As a human female, basing my observations of other humans, it has dawned on me that human females are categorized as either: a) a virgin/pure hearted (madonna) or b) a person of questionable morals (whore). Once a person has a reputation of one of the two categories, they are either one-hundred percent madonna or one-hundred percent whore with little gray area in between.

The other night, I was watching the film Legend (1986) starring Mia Sara. In the film, her character, Lili, begins as a pure-hearted maiden who is able to see a unicorn, yet throughout the duration of the film, slowly allows the Darkness to seduce her, so she faces a turning point and embraces the sultry side of life and transforms into a dark-haired vixen. During a scene where a dance between Lili’s light side and Lili’s dark side takes place, I paused the film and realized this film narrated the perfect description of having a conflict between deep, passionate desires while yearning to remain pure and innocent.

In general, women can express both the light/pure side as well as a dark side simultaneously there is no either/or. In Dita von Teese’s book Your Beauty Mark, she writes that, “Beautiful lingerie… is a signal that you love yourself enough to take out the good stuff and feel special even on the most mundane of days.” Von Teese celebrates the idea that a woman can wear lace underneath a beautiful, traditional dress because it is a combination of the light and the dark sides of her personality.

A few summers ago, I attended a burlesque show in Downtown Los Angeles where all the female attendees (evenly distributed mixed male and female audience) were dressed in vintage dresses from the 1950s. The appeal of appearing classy and dignified on the outside with the hidden naughty nature of a burlesque was an intriguing mix and dynamic. At the end of the night, I left with the understanding that it takes an open-mind to realize that people should not be labeled as “madonnas” or “whores”, entirely, but that people exhibit both sides of the coin and it continuously flips throughout the day.

"In fact it's strongest in the west especially after the Christian stomped out the pagan world" I doubt this, I believe that we see things that way because we don't really understand how e.g. the romans and the greeks perceived emotionally their myths. If you read for example Lucretious' "de rerum naturae" he actually asks if women like sex or not, he answers positively because evidently in animals things work that way, then he says (ironically I hope) that roman women don't like sex (apparently because the opposite would be offensive).

The perception of sex as evil and dark is not universal. In fact it's strongest in the west especially after the Christian stomped out the pagan world. Most instances of that darkness in other cultures is often from the hangups of the European observers and not in the culture itself. Many cultures were first documented by uptight Victorians. Really amazing stuff.

Together forever in holy unholiness... or is it unholy holiness^^ It is all a wonderul paradox either way, isn't it^^

This is how Alan Watts explains it in his lectures you find on youtube. Two forces coexisting in opposition to one another. On the surface they look like they're fighting one another, but underneath it all, they're actually dancing with one another. Either way, they need each other, and so would never really want to destroy one another, because if they did, it would result in unfullfilling one-sideness. If the Madonna wins, it all becomes boring, because she can never let herself go from the mundane and explore the forbidden. If the Whore wins, it also becomes boring, because she can never stop exploring the forbidden, and so the forbidden becomes mundane and can no longer satisfy. To have a wholesome life you need to have a little bit of both, doesn't have to be extreme either way, just enough for there to be a satisfying back and forth, like sunrise and sunset, winter and summer, Yin and Yang, the light and the dark together forever❤

There is also this curious thing, that the sexual side is generally perceived as dark, even though sex is a normal fact of life and without sex nobody of us would exist. It seems to me that this perception exists in all cultures.