Horror - Immersion and the Slow Burn 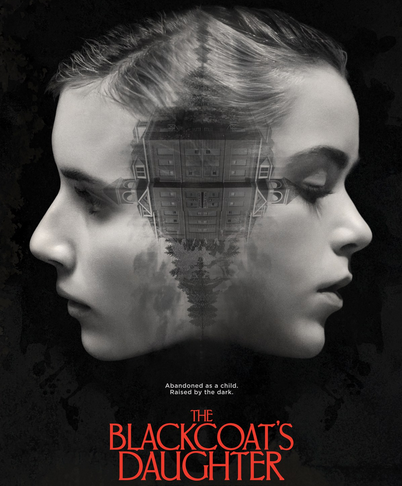 I just started the Netflix series called “The Hanting of Bly Manor”.

It's hard to say how it's going to turn out in the end, since I'm just at the beginning. But overall so far, I'm enjoying the thing. There are many unanswered questions already, and I'm invested in learning what's going on with these kids who seem sweet but also odd, and the rest of the strange characters and what they're all about. Not to mention the ghostly aspects of the story.

So far at least, it's definitely a ‘slow burn’ style of storytelling. The thing's got a very good pedigree, being based on a classic Henry James novel (The Turn of the Screw - I haven't read it) and being made by Mike Flanagan who did the Haunting of Hill House (really good until the last episode) and Gerald's Game (great!).

I do enjoy the “slow burn” style, which calls for an investment of focus and attention. Even as a fan of this kind of thing, I often find it's an effort to not look at what I'm drawing, or reading online, or checking my phone at the same time. Our attention is pulled in multiple directions constantly these days.

Anyway, it can be iffy in a way, since horror so often is better at beginnings. Endings are tough.

I saw a horror flick recently - The Blackcoat's Daughter - that did the slow burn well. The thing is so buttoned-down, quiet and understated; it's not for everyone. But it's masterfully made. I didn't even completely understand it - gonna need a rewatch for me - but I still really appreciated it. The look and pace of it, the acting, the ambiguity of what was going on - it really drew me in and then had a powerful impact when - well, no spoilers, but it gets pretty wild in the end, and when it changes gears it's horrific!

I don't know many horror comics, but there's a slow burning one that caught my eye here on the Duck - it's called Trevor. Worth a look:

I've often mentioned the book Ghost Story as a favorite - The Witch, a movie from a couple years back, is a nice on too.

I've heard people praise some video games - going back to the original Silent Hill game - as really scary. I think a video game can create deep immersion for people (well, I know it can!). I'm not a gamer though; never played it.

It can be an effort these days, but giving a slow-burn book, show, comic, or movie a chance can pay off in the powerful effect it can have on you!

Got any favorite slow burn stories?

woops, didnt know that bbcode was borked in the comments here, sorry bout that

Holy crap, thank you for the mention here, what a wonderful surprise! Horror is my favourite genre in all honesty, I love it to bits. Theres a lot of comics I'm following, but one that fits slowburn AND horror that I'd recommend would be [url=http://overtheinfluence.thecomicseries.com/comics/first]Over The Influence[/url], with its trippy, creepy visuals and gorgeous atmosphere

Fantasy often does that, too. Genres like horror of fantasy are all about building atmosphere, really, with the plot being almost secondary. I don't mean this as criticism. My point is rather that I love how these genre allow you to expand your writing in different ways.

@skyangel - that's a good point about the 'slow burn' style that most webcomics have because of the way they're made/released. I've always liked horror too. Slow burn or quick burn!

I grew up with a fascination for horror stories in film, book and comic form and my interest hasn't declined yet! I think most of the comics on the Duck could be classed as slow burn just purely for the length of time it takes to make and put out a new page each week. My favourite comic though at the moment on the Duck is Potato and Kraut which isn't so much a horror story as a love story although it's set in the first world war and has our heroes going off to fight so it does have it's moments for sure. Trevor is a great comic and so far I'm really intrigued by it's dark and creepy atmosphere so thanks for sharing that one, it's now on my reading list :)

I agree, Banes, the slow burn of life allows enough time to savour every moment until the last drop. I felt that way when I watched "Magic City" I had no inclination to have any other devices out when I watched each episode because the attention to detail in every scene was mesmerizing and pulled in my attention.

@Jason Moon - yeah, I've seen that. A great concept, and pretty darn creepy! Funny you mention that; I was thinking of ripping it off for a Halloween issue of my comic. (may not have time to do a Halloween thing at all though)

@bravo - for sure. It seems a tough one to pull off particularly in horror. But in any genre the payoff is hard to get

Looks interesting! You know, I was looking to pick up a horror novella by Stephen King and his son "Joe Hill" called "In the tall grass." But late last night I found on NETFLIX that they had made the book into a movie. You should check it out it was really creepy and had a great story. Twilight zone vibes.

Problem with slow burn is that a lot of times the final payoff is less than satisfying. I waded through all that build up for THIS?

I think this is why I hate horror. Lol. Everyone was praising Haunting of Hill House. So I checked it out. An entire episode invested and nothing happened. Boring af. I can't watch horror movies, so serials are so much worse. I originally thought I just didn't like feeling uneasy (and body horror still bothers me), but I love horror anthologies, so that's not it. I need stories with good pacing. And, honestly, I don't even mind plotlines moving slowly if I'm enjoying my time with the characters, but horror characters are shallow, boring, severe things without endearing or entertaining qualities. -_- I was able to watch Netflix Dracula because the nun was a great character. Without her, it would have been garbage. So, uh, no, I don't have any favorite slow burn stories. XD