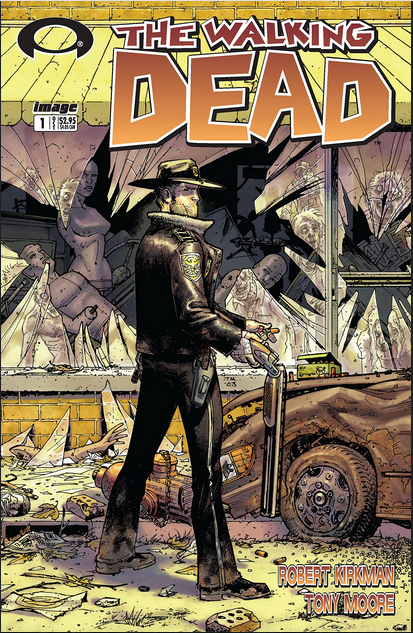 The Walking Dead has been a successful comic-to-screen adaptation. Back when the show started, in 2010, the comics-on-film trend had not hit high gear.

High gear wasn't far off, though. Iron Man had already come out and was huge, and the Marvel Cinematic Universe was soon going to take over the world.

But the Walking Dead was not a superhero story. It was a horror series based on a Zombie Apocalypse (as we all probably know by now). And it wasn't a movie; it was going to be a TV show. I remember wondering how an ongoing horror series was going to work, especially with zombies. I mean, a movie I could imagine of course, but wouldn't an ongoing series based on zombies get boring really really quick? 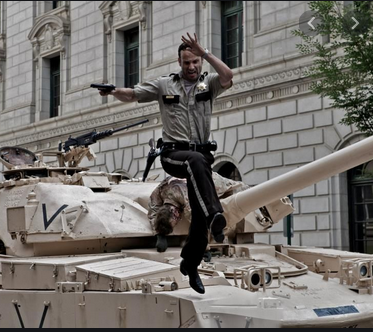 I didn't watch when the show started, but heard more and more from people in the early seasons how great the show was. Years later I finally started watching and was blown away by the intensity, not just of the tension of the zombie horror (and amazing effects), but the character stuff. How the survivors coped with the end of the world as they knew it, fighting for food and shelter, and the powerful ethical questions that faced the group, without the institutions to create and preserve law and order.

It was the relationships and tension between the characters, and conflicts with other groups of humans that was the really interesting stuff. 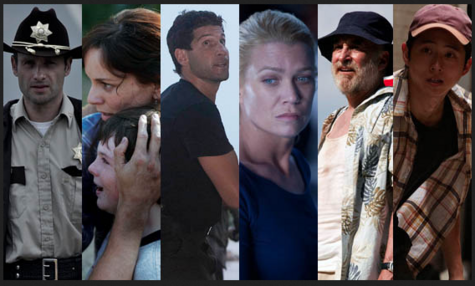 
I'm at the beginning of rewatching the series, and loving it all over again.

The next season, whenever it starts, will be a long one, and the final one of the series. So if you don't care about or care for the show, apologies for the multipart Walking Dead discussion/lovefest over the next few weeks! Hopefully it will be enjoyable to some.

@Banes I can agree with your opinion; but mine is a little bit much different, analyzing how the show turned I noticed a standard since season 2 (even in season 1), the scriptwriters based all of the episodes dividing the season into "Marvel Arc story", Marvel movies are basically: multiple heroes, each one having a segment on the movie, and at the end (the final) all of that bunch gather to fight Z or X archvillain. It's the same for Walking Dead, each episode was focused on a character and the final episode was or a big "battle" or all of the heroes gathered to fight X or Z archvillain. The worst in this series it's the lack of Zombies, the main subject in Walking Dead in my opinion it's something as a philosophical reflection about our modern civilization and how a catastrophe can turn the world into a nightmare, it's also a good reflection about the death. Unfortunately, the series since Season 2 erased those two crucial aspects and turned around Z or Y love story or "escape".

@Icstein - If I'm thinking of the right season, I remember season 8 as a little rough to get through. I believe I slept through some of it and episodes run together in my mind. I'll give it a closer watch when I get to that point. One big moment in that season I think, but yeah, there were some hard-to-take events in 7 and 8 for sure. Those two were a low point in the series as I recall. But I thought Season 9 rocked!

@docsavage21 - I can see that, and I know some people dropped the show at that point, and then others dropped at other points. Personally, I like some of the slowness in Season 2 and later - but some of it is better as a binge watch than it would have been watching week to week.

@Jason Moon - yeah, I'm caught up too, but it's been quite awhile since I've seen the early seasons. Definitely forgot many details and it's nice to see some of those characters that are no longer around!

One of my favorites! I watched the show up until about Season 8 or so. And yes, the characters really make the story. But they kept killing off the ones I liked...

Season One was great, since then the show turned into a no zombie main story to a "sitcom".

I would sit down and watch some Walking Dead with you Banes! Hell Yeah! I'm caught up but it can be fun to re-watch the older seasons that have slipped the mind a little.