Stuff Wot I Had Not Considered 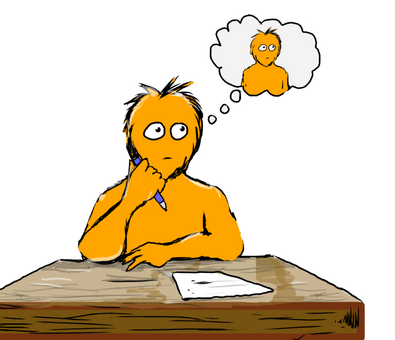 I saw a smaller youtuber talking about movies and she mentioned her belief that “Hollywood movies” - like, normal movies I guess she meant - are destructive to our psyche. ‘Our’ referring to we the viewing audience and society at large. She didn't elaborate in the video I saw; I'm going to search out a more detailed explanation if she ever recorded one.

Then just now I happened on a Terry Gilliam video where he discusses Spielberg Vs Kubrick and the idea of art/movies as a challenging or thought provoking idea vs movies as comfort food. Here's that short video from about ten years back:

I'd never thought about these things - or never in a serious way, at least.

I think it's because when I began developing my comic, it took all or most of my creative focus. Developing characters, deciding on relationships between them, and brainstorming plots for the series. I didn't consider whether it was aiming for a thought-provoking or comforting effect on people.

Or more accurately, I made those decisions automatically, establishing Typical Strange as a sit com, with standalone stories that would also allow for sit-com type callbacks and continuity. Would the stories be thought provoking and ambiguous? Or tidy little comfort-food things? I guess probably the latter moreso - but my concern was more about just telling somewhat cohesive stories with characters people would hopefully enjoy.

I've found that plenty challenging, and I think a whole lot of my own individuality is there on the pages of my comics. Of course, structure is not the enemy of more confronting or complex or ambiguous themes and ideas - the two can work together to create that. This is not a question of structure vs unstructured - although being too “paint by numbers” in structure can possibly be a bit limiting. I guess that's my big takeaway personally, since I can be a bit slavish to structure and hesitant to step out too much.

PQ me an image, 800 px wide if you want to create a Mary Sue for next week's Newspost. I'll put any entries in a comic as well as here. Have 'em sent to me by Tuesday night, around midnight, no matter what your time zone.

Different people can see the one movie and see two different things. And Hollywood versions of movies can be totally different. Take "Ghost in the Shell" for example. The Japanese anime was the orginal and ---SPOILERS START--- made you question what makes us human when cybernetics and android bodies become common. Where is the line between human minds and AI? The plot is based around an AI program that can pass as a human mind taking control of an android body (which humans can use) and seeking asylum with a government department against those that made it. What defines who is human then? ---SPOILER ENDS--- The Hollywood version is just a standard action movie with the twist of false memories from what I hear.

A lot depends on what suits your creative voice. I would say that Kubrick is garbage, regardless of the attempt at art in his work, but that's because I don't like his work and thus don't get anything from it. Plenty of people are different. You will never really know who you will connect with and how, and to what extent. There will be people, regardless, but it's usually more important that you satisfy yourself in expressing yourself, not try to give people what they think they want. If you rely on what other people think they want, you'll end up producing things that will disappoint you and everyone else. It will always have more meaning to you, because you went through the process of creation.

Whatever you want to do. Whatever you want to put it. Provoke thought, entertain or just tell a story. The audience will put all kinds of meaning into what you do whether you intend it or not. Tbh, if I want meaning I'll look at non-fiction. In fiction I'm just there to be entertained. I've done the film classes and know all the ins and outs of the language of the visual medium and I'll play with them but it's about entertainment. Gratuitous mindless stuff good fir a rainy weekend with some popcorn.

It also kind of reminds of these two art movements back in the lathe 19th century. My favourite art movements. The Symbolist movement and the Decadent movement. The Symbolists very much believed that art should have a meaning and should always place the mind of the viewer on an exalted plane. The Decadents on the other hand believed that art should be for art's sake and should be all about the pure beuty of art and never grasp for anything beyond that. These two art movements where in many ways polar opposites in their artistic motifs and their artistic philosophies and yet, they would often exchange inspirations and styles to the point that people would mistake one for the other. I like to think that they in a way respected and admired one another simply because they were the opposite mirror image of one another and recogniced that both approaches to art were of equal value and equal importance. They needed each other.

This topic kind of reminds of a recent Youtube video I watched not so long ago. One that is about Fantasy Encyclopedias and how the fact they were created just for creation's sake is what made them so special. Here's a link to that if anyone's interested. https://www.youtube.com/watch?v=ABQRKFxME-E&list=PLhqLI8S5uy9tgPNgV36rLo1g9_6AvO9XN When people talk about challenging movies or stories I get the impression that they're talking about the kind that is trying to push some kind of message across, ones that have a "purpose" or "meaning". But I agree with the young man in the vid that art and stories don't necessarily have to purport to something other then what is there to be meaningful on some level to the viewer. It is in a way more trusting to the viewer to allow them to insert their own meaning in what they see. It is of no less importance to create things that people can grasp purely by their hearts, as it is to create things they can grasp purely by their intellect or both.