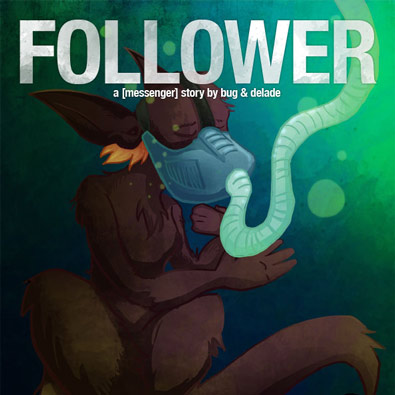 The world is turning to crap. Things are slowly unravelling outside, beyond the confines of the safe corridors of this secret biological military test facility. What's happening? We're only getting hints as the lines of communication are being restricted. Protests, war, military crackdowns… Inside the military scientists work to create biological superweapons, genetically engineered soldiers in the form of strange, new animal hybrids. Things aren't working out as planned though, they're moving far too slowly and the general in charge wants answers! “23-3” is one of the Vloxen, a new race of creature, born to fight. This world is strange to him, he's finding his way, he doesn't yet know his life's purpose.
This is a SciFi action drama story with hints of furry. The art is all digital, full colour and stylised