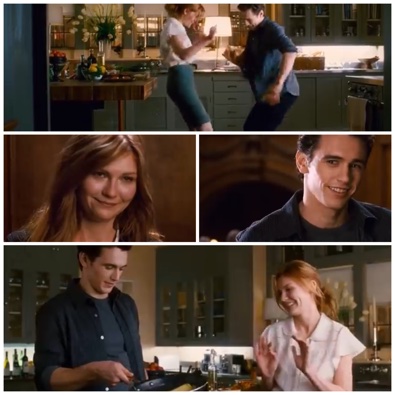 Traveling down the memory lane archives has taken me back to watching the Tobey Maguire Spiderman trilogy that was released during the early-2000s.

Tobey Maguire’s Spiderman was my masked hero of choice from the time I was in high school until the end of college. I had a very innocent, school-girl crush on Maguire’s Spiderman and was devastated when the first rain-drenched, upside-down onscreen kiss between MJ and Spidey took place in an alleyway. For years, Mary Jane was my direct competition, that was until Gwen Stacy appears in the third installment, Spiderman 3 (2007), and Peter Parker’s attention split in two.

The storyline changes for all the main characters in the third movie. Peter Parker now has to decided between MJ, his first unattainable crush, or Gwen, his science lab partner in college. The film throws a curveball when—Harry Osborn, aka “The Green Goblin’s Son” has suffered a head injury, and like all Soap Opera Dramas, he takes on the same personality that he had at the start of Spiderman (2002).

There is a scene in Spiderman 3 when Mary Jane calls up her long-time high school friend, Harry Osborn, for emotional support when she needed a break from Peter Parker. Eventually, what ensued was one of the most fun and theatrical scenes in the whole movie that mirrored 1940s swing dance, rockabilly beats of the 1950s, and classic Hollywood. The scene was a turning point of my own feelings toward Mary Jane. At first I had seen MJ as competition for Spiderman, but she was given romantic options when Harry Osborn turned into an eligible bachelor that she could date. Mary Jane’s ability to have a choice made her so much more independent and likeable. Her story arc was no longer tied to Spiderman’s fate regardless of who he was dating.

I am really happy the Mary Jane and Harry Osborn romantic story arc existed. It is canon in the original comic books, I checked.

@cdmalcolm1, Tobey Maguire (the actor) brought the wholesome, boy-next-door persona to the table before embodying Spiderman. It was an very smart and accurate casting choice.

@Banes, I would Highly Recommend a revisit to the film archives and spend an afternoon streaming the Tobey Maguire Spiderman movies, I think I only paid $7.99 to own the third one.

To me, this was my favorite version of Spider-Man in movies. Other than the webs coming out from him, this was the closest to what Peter Parker/Spider-Man should be in my option. Spider-Man is still my second favorite S-Hero. When he get serious and not joking around, Its almost impossible to beat him. Mess with his family and friends, watch what happens.

Interesting! A lot of that original Spider Man trilogy was really good. Mary Jane also had a fiancee in part 2 I think it was. Seemed like a good guy, but at that time I think she was mostly holding out for a hesitating Peter Parker to make his move. Makes me want to rewatch this old trilogy!

Whenever I think back to those movies, I can't help but remember how I used to find Kirsten Dunst really attractive back in those days^^